Despite some superficial similarities, energy production and distribution is structured quite differently in the two countries. 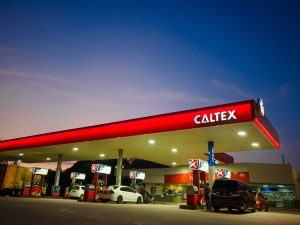 With high fuel prices causing political and economic headaches around the world these days, now seems like a good time to do a quick explanation on the political economy of gasoline in two neighboring but quite different energy markets, Malaysia and Indonesia. . Both countries have historically had large oil and gas reserves, the production and distribution of which is dominated by state-owned companies: Indonesia’s Pertamina and Malaysia’s Petronas. But that’s really where the similarities end.

Despite receiving billions in government subsidies, Pertamina hasn’t made much of a profit lately and the government recently reduced subsidies, causing prices to rise at gas stations and triggering demonstrations across the country. Malaysian Petronas, on the other hand, has been reliably profitable, paying large dividends to the state and keeping the price of diesel and RON 95 gasoline stable despite volatility in global energy markets. Why can’t Pertamina be more like Petronas? Is this a simple case of government and corporate mismanagement?

Not quite. The energy markets in Indonesia and Malaysia are fundamentally different, and therefore the goals of policymakers and their economic agents, such as state-owned energy companies, will also be different. We need to understand these differences if we want to make sense of these divergent results.

Indonesia was once a major world supplier of oil. There was a time when oil exports were basically the government’s main source of income and the economic health of the country was closely tied to Pertamina. There was not much local demand in the 1970s, so Indonesian consumers could be supplied cheaply while the surplus was exported at a healthy profit. Cheap gasoline for Indonesian consumers is a legacy of that time.

Those days are over. In 2021, Pertamina domestic sales of oil and gas reached $39.3 billion, compared to $8.3 billion in exports. The domestic market is now overwhelmingly the key market and consumes most of what is produced in Indonesia. This is a bit of a problem, because Indonesia is producing less than it used to, while consumers have gotten used to the days of cheap, plentiful oil.

According to the Ministry of energyIndonesia’s proven oil reserves fell from 4 billion barrels in 2011 to 2.25 billion in 2021. Domestic crude oil production fell from 329 million barrels in 2011 to 240 million in 2021. Pertamina’s limited refinery capacity means that it has become increasingly dependent on imports and therefore more sensitive to fluctuations in world energy prices.

Because the domestic market dominates Pertamina’s business, and because pricing for domestic consumption is as much about politics as economics, we should not expect Pertamina to be profit-seeking or run like a business. normal. We should hope that the main objective is to keep Indonesian consumers protected from large price increases. And, in fact, fuel prices remain lower than they would be if they reflected actual market conditions.

Petronas, on the other hand, is built differently. On the one hand, Malaysia has a much smaller domestic market than Indonesia, accounting for only about 26.5 percent of revenue in 2021. Like Pertamina in the 1970s, most of what it produces can be sold outside Malaysia at competitive prices rather than sold to domestic consumers at lower prices.

Petronas also has a much more extensive global production and distribution network, which means that it is not oriented to the domestic market to the same extent as Pertamina. This makes it easier for Petronas to act like a more traditional, profit-maximizing business. In times of high oil prices, it can make big profits from upstream production, while keeping the retail cost of gasoline stable for Malaysian consumers. On the other hand, this global exposure also means that Petronas performed quite poorly in 2020 when the pandemic caused demand to dry up.

Power production and distribution is structured quite differently in Indonesia than in Malaysia, reflecting structural factors such as market size and domestic supply. Such factors will naturally translate into different pricing strategies and business operations in each of the state-owned oil and gas companies. So when gasoline prices rise in Indonesia while holding steady in Malaysia, even as Petronas posts healthy profits, the comparison is not as clear-cut as it seems.