Why the Philippines is increasing spending in the 2023 budget Planners are banking on strong economic growth, low inflation and a strengthening peso in 2023. But are these assumptions solid? 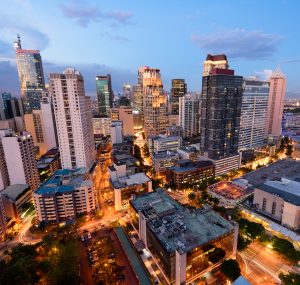 The skyline of Makati, the financial district of Metro Manila, at night.

The Philippines may be feeling a bit more pressure than other major emerging markets in Southeast Asia right now thanks to a rising dollar, inflationary pressures, large increases in government debt incurred during the pandemic, expensive imports like energy, and tightening general monetary crisis that is taking place throughout the country. the world financial system. Despite these economic obstacles, the House of Representatives recently passed a budget 2023 That, at a proposal of 5,268 billion pesos, represents an increase of 4.9 percent from the previous budget of 5,024 billion pesos.

This is quite interesting, since the budget 2022 it was already historically high as a result of increased spending to combat the effects of the pandemic. With the pandemic receding, one might expect that the need for such high levels of government spending will also diminish. Neighboring Indonesia, where the government is not shy about deficits and currently has a stronger balance of payments thanks to booming commodity exports, plans reduce public spending in 2023.

Not so in the Philippines. The increases are mainly due to higher debt service costs and salary and pension increases for government workers and military employees (these personnel expenses alone represent 226 billion pesos of additional spending). Social services, including programs to help with rising food prices, will rise 7.2 percent, while defense spending will rise 13.3 percent. All of this is expected to be offset by higher revenues totaling 3.633 trillion pesos or about 15 percent of GDP. If the projections hold, the deficit will be 1.45 trillion pesos or about 6 percent of GDP, less than in 2021 and 2022 but still relatively large.

Much of this depends on the accuracy of macroeconomic assumptions in the budget Planners project that the GDP will grow in 2023 between 6.5 and 8 percent, inflation will not exceed 4.5 percent and the peso will be between 51 and 55 per US dollar. At this moment the peso is already trading around 59 per dollar. Inflation of 4.5 percent could also be a difficult target, given that a rising dollar is likely to push up prices in a net importing country like the Philippines and inflation is currently above 6 percent. Anchoring the budget around growth projections of 7 or 8 percent, when many are forecasting a global recession next year, also seems a bit optimistic.

The Philippine central bank has already raised its reference rate from 2 to 4.25 percent in recent months. This is more aggressive than most central banks in the region, and further hikes are likely. The central bank has also been spending foreign reserves to try to manage the depreciation of the peso. As of July 2021, the bank had $96 billion in foreign currency and foreign bonds on its books. As of September 2022, these holdings had shrunk to $82 billion. Despite these efforts, the peso has continued to weaken against the dollar. Will it stay at 59 and go back to 55 by next year? Will inflation cool down by two or three percentage points? Budget planners hope so.

When President Ferdinand Marcos Jr. took office, it seemed likely that he would try to maintain a sense of continuity with the economic policies of his predecessor promoting investment in fixed capital and infrastructure as engines of growth. Former President Rodrigo Duterte I did this running budget and current account deficits as the Philippines imported capital goods for large projects and borrowed to finance them. All things being equal, this may be a good development strategy for emerging markets like the Philippines.

But all things are no longer the same. The macroeconomic environment has changed quite drastically over the last year. Interest rate hikes in the US are pushing up rates in the Philippines and causing the dollar to strengthen rapidly against the peso. This means that both debt and imports, two of the things that underpinned Duterte’s style of economic development, are getting more expensive.

I don’t know if the Philippine economy will grow 8 percent next year, but I do know that people are already taking a hit from higher prices for things like food, electricity, and gas. I know that the peso has weakened against the dollar, making imports and foreign debt more expensive, and that the central bank is already doing everything possible to soften these blows. And I know that rate hikes could dampen economic growth and squeeze borrowers.

This budget aims to keep the economy going by increasing spending. But is it doing enough to help people struggling with rising prices? Do you prioritize spending on infrastructure and personnel to the detriment of anti-inflationary measures? Is higher government spending financed by deficits sustainable when global monetary conditions are tightening? Are the assumptions underlying this budget realistic? We don’t know the answers to these questions right now, but we will soon.