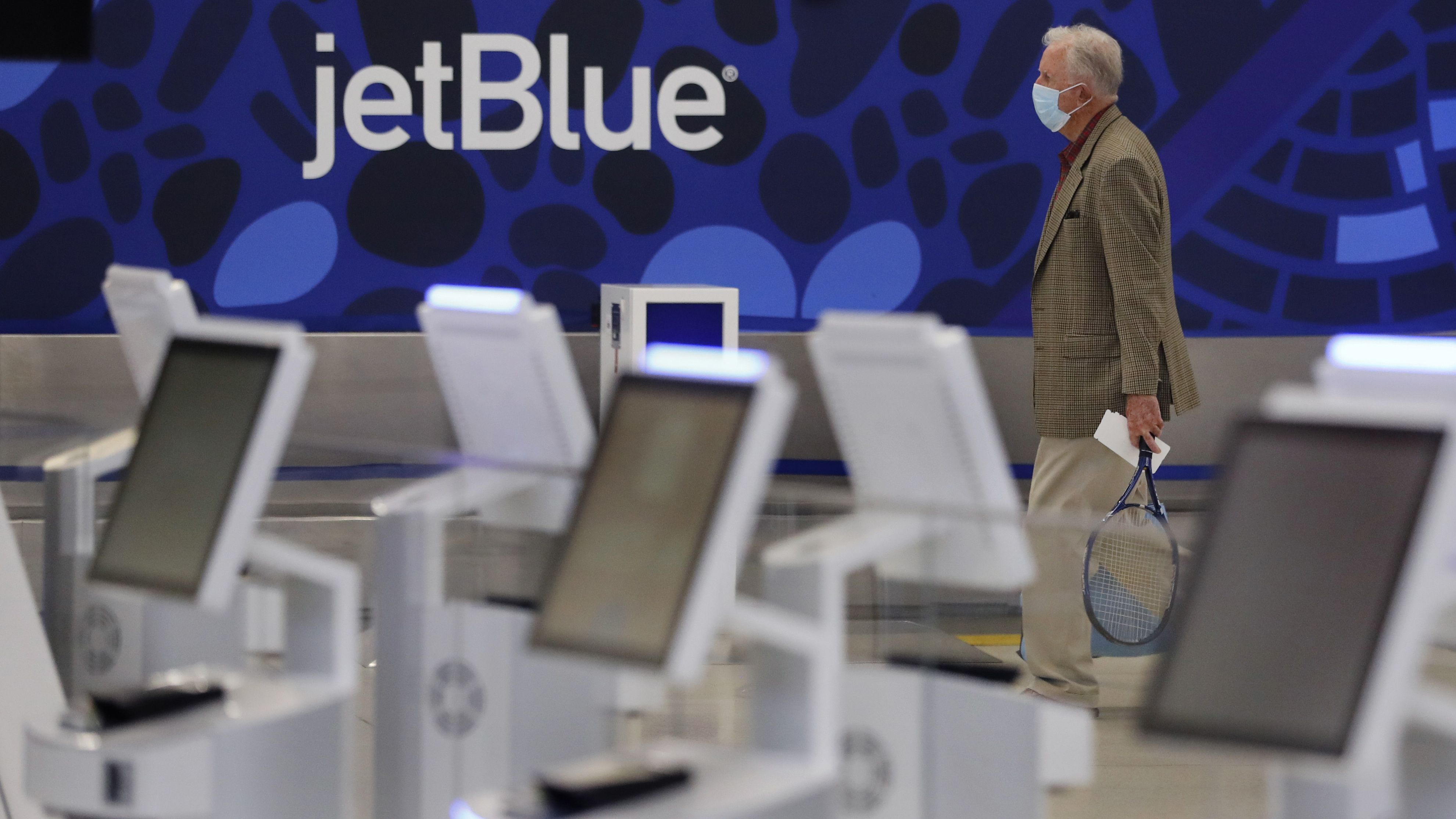 The government’s antitrust lawsuit against American Airlines and JetBlue begins Tuesday, and the outcome could determine how closely the Biden administration examines other airline deals, including JetBlue’s pending attempt to buy Spirit Airlines.

The Justice Department and six states are suing American and JetBlue to break their partnership in the Northeast, namely New York and Boston.

It is significant evidence of the administration’s opposition to mergers, even though the American-JetBlue partnership is not a full merger. The government argues that the alliance will reduce competition and lead to higher rates.

The Trump administration approved the alliance, but the Justice Department began looking at it more closely shortly after President Joe Biden took office.

American and JetBlue will argue that the partnership has already been in place for about 18 months and has allowed each airline to offer new routes that would not be economical for either airline on their own. They say there is no evidence the deal is hurting consumers.

Current and former airline CEOs are among the potential witnesses identified by airline prosecutors and attorneys. Delta Air Lines is trying to prevent two of its top executives from being called to testify, saying they are too busy in Atlanta to attend the trial in federal court in Boston.

US District Court Judge Leo Sorokin has set aside almost three weeks for the trial. There will be no jury. Sorokin could take weeks or even months to issue a decision, which is likely to be appealed by the losing side.

When the Justice Department filed the lawsuit a year ago, Attorney General Merrick Garland called the US-JetBlue alliance “an unprecedented move” that would lead to higher fares, fewer choices and poor service for travelers.

The Justice Department’s top antitrust official, Deputy Attorney General Jonathan Kanter, echoed those arguments during a hearing last week before a Senate subcommittee. He said that while new airlines have entered the business over the years, leading to lower fares and better service, many of them have been taken over by mergers and acquisitions.

“We remain committed to fighting airline mergers when they break the law,” Kanter told senators. “We are looking very carefully at our approach to airline consolidation … we have many other issues under review.”

Kanter wouldn’t say what those other issues are, but one could likely be JetBlue’s proposal to buy Spirit for $3.8 billion. Spirit CEO Ted Christie, who preferred a merger with Frontier Airlines, fought JetBlue for months, arguing that antitrust regulators would never allow his low-cost carrier to be taken over by JetBlue, a higher-priced, more conventional carrier.

Under the alliance, American and JetBlue sell seats on each other’s flights and share the revenue. They say that they coordinate in schedules but not in prices. And they give customers reciprocal benefits in frequent flyer programs.

American and JetBlue argue that their alliance is not a merger and helps them compete against United and Delta in the Northeast. They say the alliance has allowed them to add 50 new routes, add flights on previous routes, and increase their share of the Northeast market from 16% to 24%.

Carriers say they are confused by Justice Department claims that the deal is anti-competitive.

“They are wrong and we will prove it,” Doug Parker, then CEO of American, said at the time the lawsuit was filed. He said blocking the deal “would take away consumer choice and inhibit competition, not encourage it.”

The government argues that the alliance will further reduce competition between airlines and cost consumers hundreds of millions of dollars a year. JetBlue was once a “crudimentary opponent” and American’s most irritating competitor in New York.

“But now, JetBlue has been sold and cashed in,” government attorneys say in a filing.

The government says that together, American and JetBlue will control more than 50% of the market, sometimes more than 80%, on routes from New York and Boston, where they previously competed head-to-head.

The Justice Department appears to be expressing buyer’s remorse for many previous airline mergers that went largely unchallenged. Those deals eliminated Continental, Northwest, US Airways, AirTran, TWA and other carriers, and led to the downgrading of once-bustling hub airports, including St. Louis, Cleveland and Pittsburgh.

“They have gotten too big to fail and too big to care,” said Bill McGee of the American Economic Freedoms Project. “We think there should be a moratorium on all mergers in the airline industry until (federal regulators) go back and look at all the negative effects of all consolidation.”

“Americans are beyond furious about airline cancellations and delays, and they’re beginning to understand that the reason airlines mistreat them and are mismanaged is because of consolidation,” he said.