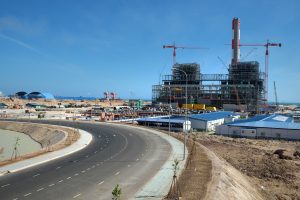 Earlier this fall, US climate envoy John Kerry shined a stand out on Vietnam, urging the Southeast Asian nation to “do what’s sensible” and refocus its energy sector by investing in renewable energy and moving away from fossil fuels. His comments coincided with an agreement between the European Union and the United Kingdom that advanced last week, in which the two powers will invest at least $11 billion in Vietnam’s green transition. The Just Energy Transition Partnership (JETP) seeks to cancel projects for new coal plants and build 60 GW of renewable energy capacity by 2030. It is expected to be finalized at an Association of Southeast Asian Nations (ASEAN) meeting on Next month, the ambitious package will include public and private financing, technology transfer and technical assistance.

JETP is not the first deal of its kind. The last decade has seen investors show increasing interest in expanding renewable technology in Southeast Asia. But for the government of Vietnam, the green energy transition is less about a passion to save the planet and more about driving economic growth by any means possible. Vietnam cares about decarbonization, and renewables have the potential to become the lowest cost energy option available. But many political, regulatory and financial challenges still stand in the way of this goal. Ultimately, Vietnam will act in its best interest when deciding its energy future, but it must be careful not to get too ambitious with its commitments to the green transition by borrowing and accepting capital for projects that are premature, reckless or bad. advised. An “energy transition” can be dangerous for any developing country that does not have the same risk tolerance as richer nations, and Vietnam is susceptible to falling into this trap.

Simply following the energy roadmaps of developed countries is unlikely to succeed in the case of Vietnam. The country’s excess solar power capacity and investment in new generation technologies such as hydrogen are distractions from the advancement of its energy sector. Vietnam must prioritize an energy adaptation strategy that addresses its existing vulnerabilities before prematurely ceasing fossil fuels in favor of riskier green investments that could derail and delay its long-term energy transition.

In an attempt to move away from the use of fossil fuels in the past, Vietnam has developed an expanding footprint in wind and solar power through a series of government-backed feed-in tariffs. The region has some natural green advantages in renewable energy, so explosive early growth led to a boom. Vietnam’s power grid, initially designed for conventional resources, is severely underdeveloped and unable to deliver large-scale solar power. In addition, a lack of regulation and an insufficient power purchase plan led to excesses in electricity generation, forcing Vietnam Electricity (EVN) to Cut renewable energy production in 2021, bankrupt solar companies and the halting of new renewable projects.

LNG expansion is another important component of Vietnam’s energy plan that is experiencing growing pains. Vietnam’s current National Power Development Plan VIII (PDP8) projects an increase in LNG capacity over the next 10 years. Vietnam is already seen as a trusted and willing partner in the global fight against climate change, giving it access to exclusive and lucrative sources of capital. But PDP8-backed LNG projects have struggled to obtain financing from investors wary of their true return on investment. Like JETP, foreign direct investment opportunities are often geared towards renewables, as climate-focused investors prioritize decarbonization strategies. Carbon-intensive resources like LNG are seen as less attractive investments, particularly when the environmental community believes it is cost-effective versus renewables. will peak in 2037. But there is still a need to develop LNG as a major baseload fuel to support Vietnam’s industrial expansion and bridge the gap with more environmentally damaging fuels like coal.

Vietnam cannot afford to be left behind in the green revolution, but at the same time, the glut of solar projects and the mismatch between policy and financial commitments for LNG are forcing domestic producers to seek new generation technologies. With limited options, investors are now promising the development and expansion of hydrogen as part of 30-year LNG deals as a complementary technology to make gas bankable in the long term and more attractive to climate-conscious investors.

Last spring, the Vietnamese company TGS Green Hydrogen Announced its intention to build the country’s first green hydrogen plant in the southern province of Ben Tre. The first phase of the $840 million deal is underway building with a completion date set for 2024. Early innovators like TGS believe that hydrogen could be used to meet some of these domestic challenges and open up an export market to neighboring countries.

But generating power from hydrogen is riskier than its most optimistic supporters would like to admit. Today, it consumes more energy to produce than it generates. Hydrogen is an energy carrier, which means that its raw form must be converted to secondary energy by splitting the hydrogen and oxygen molecules in water in a process called electrolysis. But under current conditions, large-scale expansion of hydrogen is inefficient, expensive, and not globally coordinated, making it an unviable short-term solution to Vietnam’s overproduction problems.

We need Vietnam to continue to set the tone for decarbonization in the region, but its well-intentioned energy transition roadmap fails to take into account the long-term ramifications of its strategy. An over-commitment to renewable energy and a rejection of low-carbon fossil fuels like LNG could threaten its progress. Gas infrastructure is expensive and durable. Countries that invest in this infrastructure will be dependent on LNG for much longer than the government plan intended. Vietnam has a long and chaotic road ahead in terms of its energy transition. The cost of switching will need to include low-carbon fossil fuels like LNG, and this should not be seen as a negative in developing countries like Vietnam.

Investors in Vietnam’s energy sector need to take off their rose-colored glasses and understand the harsh realities of their short- and long-term energy future. Innovation in the sector has become difficult to track and even more difficult to predict. Vietnam would be better prepared to address political challenges and infrastructure inadequacies before recklessly spending on renewables and being held hostage to risky new technologies like hydrogen. Vietnam will remain a leader in clean energy in Southeast Asia, but it must first build a strong foundation by addressing existing vulnerabilities before forging ahead with misguided new ventures.