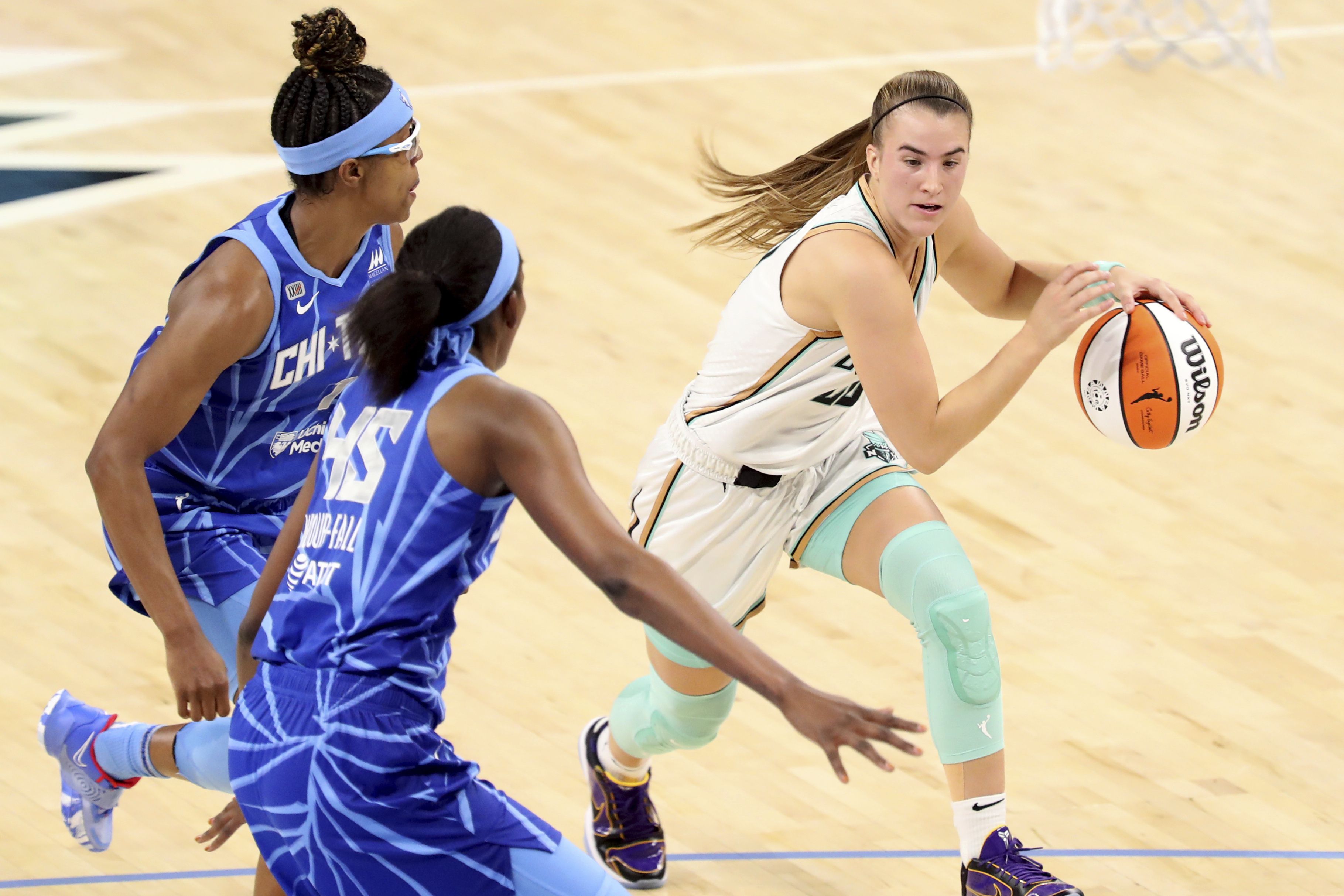 Trailing 80-78 with 19 seconds remaining, Ionescu took the ball and drove into the lane and was fouled by Rebekah Gardner. Ionescu, who finished with 17 points, nine assists and eight rebounds, converted the free throw to give the Liberty the lead (10-17).

“It’s a great win for us to break a five-game losing streak,” Ionescu said. “Sometimes seeing a win is all you need to spark and win a game. We have many more games left. We will continue to improve and without stressing about the seed that we are”.

The Sky (21-7) got the ball, but Candace Parker missed a lane shot with just over two seconds left. After Michaela Onyen made two free throws, the Sky had one last chance, but Emma Meesseman’s 3-pointer bounced off the rim just as the buzzer sounded.

[ [Don’t miss] Q&A with Candace Parker on her Title IX documentary, the future of media and being an icon: “If I had come a generation earlier, my life could be a lot different” ]

“That’s the play we wanted,” Sky coach James Wade said of Parker’s shot. “Nine out of 10 times he does it.”

Parker finished with 21 points and 11 rebounds for the Sky, who played the second in a row. The veteran moved into fourth place on the league’s all-time rebounding list, breaking a tie with Tamika Catchings. Parker has 3,327 rebounds.

The Sky, who already got a place in the playoffs, beat the Dallas Wings at home on Friday night before traveling to New York on Saturday morning. The Sky’s flight was delayed by storms and they arrived in New York around noon.

The teams exchanged the advantage in the next two minutes. The Liberty trailed 79-78 with 19 seconds left when Parker made the second of two free throws.

Ionescu then gave the Liberty the lead for good.