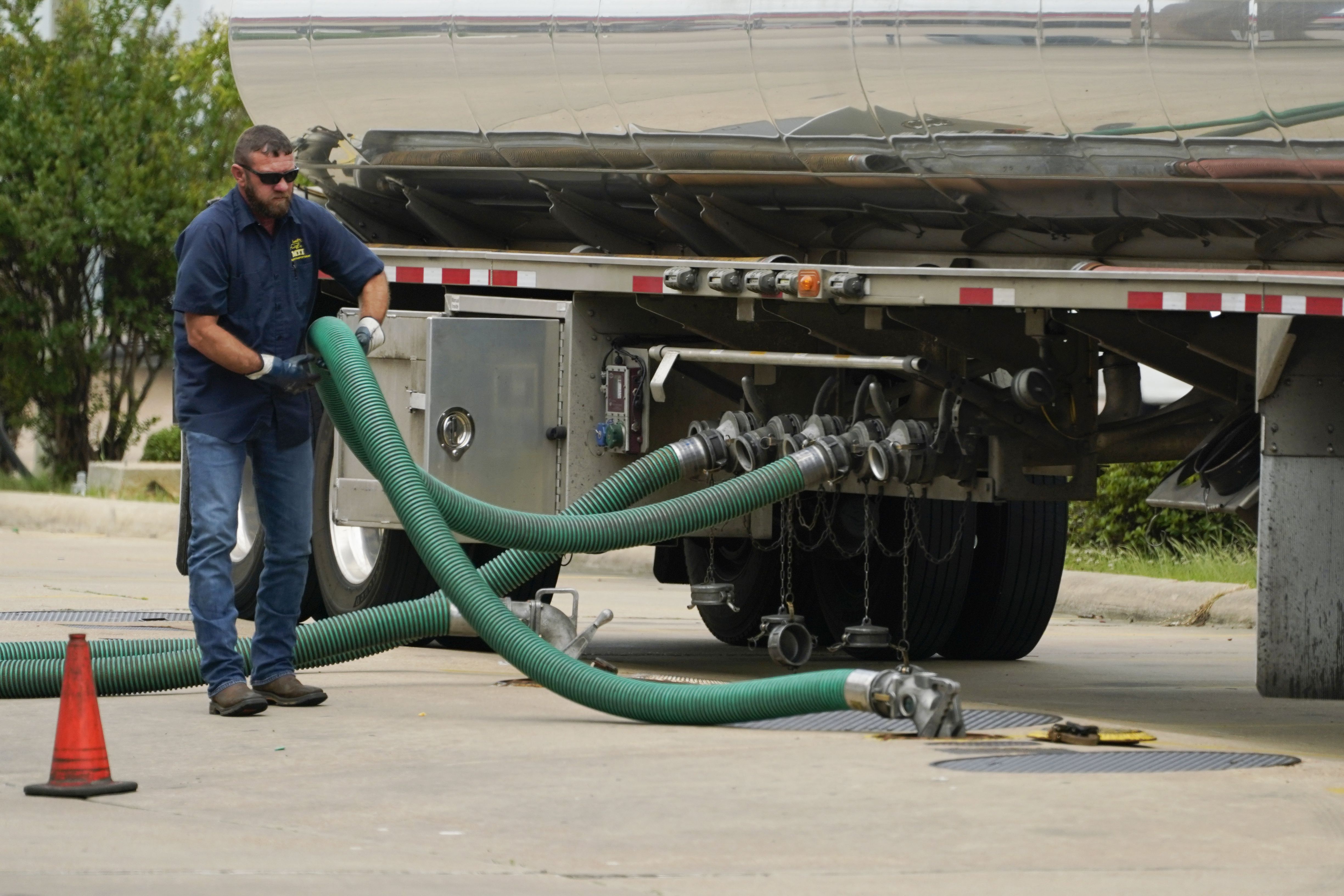 NEW YORK — When long-haul trucker Deb LaBree hits the road to deliver pharmaceuticals, she has strategies to keep costs down. Avoid the West Coast and Northeast, where diesel prices are higher. She arranges her delivery route to minimize “commuting” – driving an empty truck between deliveries.

What if a customer’s load is too far away or they can’t pay more for fuel? She turns down the job.

“It breaks my heart because I have to say, ‘No, I can’t afford it,’ or ‘I can, but you’ll have to pay for some of my gas to get there,’” LaBree said. “I hate doing both because it’s not the customer’s fault. . It’s not our fault.”

The price of diesel fuel has skyrocketed in recent months, much more so than regular gasoline, especially after Russia invaded Ukraine in February. Moscow’s attack prompted numerous nations to reject Russian fuel, removing a major source of oil, the main component of diesel fuel, from the market and dramatically raising prices.

For months, motorists have felt the pain of high gas prices. Many may not be aware that they are also absorbing the shock of much more expensive diesel fuel. That’s because the products consumers buy, from cereal and orange juice to diaper deliveries from Amazon, are delivered by diesel-powered trucks, trains or ships. Those inflated prices are then passed on from one company to another until they reach consumers in the form of more expensive goods.

“People pay less attention to diesel prices because people don’t go to the pump and use it,” said Matt Smith, principal oil analyst at Kpler, a research firm. “But diesel has a more far-reaching impact and is already having a huge impact on the entire economy.”

Diesel fuel averages $5.50 per gallon nationally, a searing 68% increase from the previous year, when it was selling for just $3.27. By comparison, a gallon of regular gas averages $4.47, up 41% from a year ago.

High gasoline prices have eased somewhat in recent weeks. But diesel has remained chronically high, with US refineries operating near capacity. Unless prices come down, the ripple effect of high diesel fuel could worsen because costs are deterring some trucking companies from taking jobs unless they can persuade their customers to pay more for fuel.

If they’re not turning down jobs, many truckers choose lighter loads or work longer hours to make up for lost fuel money, according to interviews with truckers and industry executives. Farmers who harvest hay and plant corn with diesel tractors are taking a financial hit. Delivery companies are installing their own fuel pumps to cut costs. Ultimately, consumers are left with the burden.

“If you’re a farmer, then your energy costs are higher and therefore it costs more to produce grain, and that’s driving up the price of grain and the price of food,” said Smith, an analyst at Kpler. .

Even more than gasoline, high diesel prices are magnifying the costs of goods because the cost of delivery has gone up so much. Consumer prices soared 9.1% in June compared to 12 months earlier, the government reported last week. The fuel oil portion of the consumer price index nearly doubled from the same period last year.

“Those energy costs are making their way into products, all kinds of different consumer products,” Smith noted.

One of the reasons diesel prices haven’t dropped the way gasoline has yet is that OPEC nations have reduced their oil supply, and Middle Eastern oil generally produces more diesel fuel than, say, parts of Texas. Another factor is that China has reduced its diesel exports, presumably to help achieve its net-zero greenhouse gas emissions targets.

And within the United States, refineries that produce diesel from crude oil are essentially maxed out. The nation has 11 fewer refineries operating today than before the pandemic, according to the American Petroleum Institute. A refinery that had served the East Coast closed after an explosion in 2019 and never reopened. And some refineries in California are closed for retrofits to process renewable fuel.

“We use a lot of diesel, probably more than these refineries can produce,” said Bob Costello, chief economist for the American Trucking Associations.

But expecting OPEC to export more oil during the high-demand summer months might be unrealistic, said Amy Myers Jaffe, an energy expert at Tufts University.

“The important thing,” he said, “is to make sure that our allies, along with OPEC, do not reduce flows to the market at any crossing, especially if we have any kind of disruption.”

Even if US oil and gas producers increased production, difficult challenges would remain, namely finding additional refinery space and then enough pipeline capacity to transport any additional diesel.

Meanwhile, some truckers are struggling to adapt and keep goods moving. Sherri Brumbaugh, who runs a fleet of 90 trucks as director of Garner Trucking, installed more fuel pumps in Findlay, Ohio, because she can get cheaper diesel than her truckers on the road.

It also monitors where your drivers buy fuel to make sure they’re making the right decisions. And she tries to absorb higher fuel costs as much as possible.

Brumbaugh declined to say how much he raised fees on his customers, who range from bottled-drink companies to dishwasher manufacturers.

Lately, he said, there has been less retail cargo to haul. “It may be an indication of a recession,” she said. “I hope not.”

Cargo Transporters, which handles 470 trucks and 1,800 trailers, has also increased its rates and has been turning away some jobs in Florida, where trucks must often return empty, said Shawn Brown, an executive with the company. When there is no load on a truck, no one pays the trucking company. But you still have to pay the driver and you still burn fuel.

“When that trailer isn’t loaded and there’s no revenue and you run a mile, we’re eating that,” Brown said.

UPS and FedEx have more than doubled their fuel surcharges on ground deliveries year over year, according to calculations by Cowen Research and AFS Logistics.

Farmers also face higher costs. But they can’t easily raise prices, because they often don’t control the price of their products. The prices of milk and cereals, for example, are set by the market.

“It’s costing us more freight to get things to the farm, and it’s costing more to transport things,” said David Fisher, a dairy farmer in Madrid, New York, who is president of the New York Farm Bureau, which lobbies governments in farmers name. “We are planting and harvesting crops, and the cost of these will be higher, but we don’t know if we can recoup those costs.”

To burn less fuel, he has considered skipping a tillage pass, a maneuver in which a tractor manipulates the soil to improve crop growth. But doing so would risk having fewer crops to harvest.

“Everyone I talk to is pretty anxious about these fuel prices,” Fisher said.

Biden has called on Congress and states to suspend their gasoline or diesel taxes for a few months to help ease the pain for drivers, but Congress appears unwilling to enact a tax break. Some states temporarily suspended some taxes on diesel and other motor fuels.

With diesel prices continuing to be high, LaBree and her husband are working longer hours to manage costs. They used to stay on the road for four days and return to Missouri for three. Now, she said, “we have to stay out for five, sometimes six, days to make up for what we’ve lost in fuel.”

“Most truckers like to think of ourselves as serving our country, moving goods to keep America going,” LaBree said. “But at what point are we doing it for free? I can’t run a business like that.”