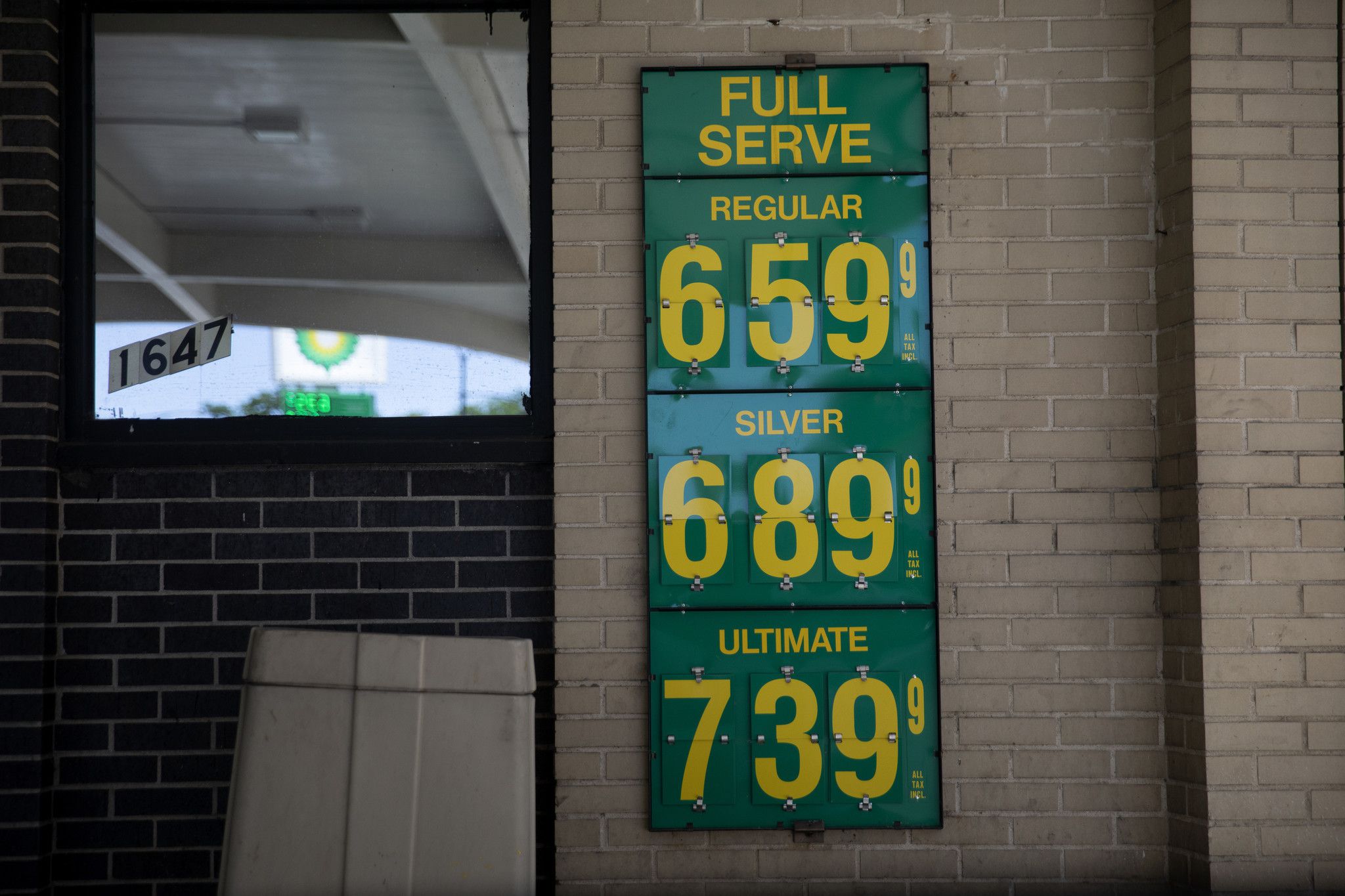 A government report on Wednesday is expected to show consumer prices soared 8.8% in June compared to a year earlier, according to data provided by FactSet. That would be an increase of 8.6% in May and the largest annual increase since December 1981.

Inflation at that level would make it very likely that the Federal Reserve will implement another big interest rate hike at its next meeting in two weeks. The higher rates are meant to cool consumer and business spending and slow the economy and inflation.

These big price increases would also highlight the brutal impact inflation has had on many families’ finances, as the costs of many necessities have skyrocketed at a faster rate than incomes. Low-income Americans and black and Hispanic families have fared worse, as a larger percentage of their budgets is spent on items like gas and food.

So far in July, though, gas prices have fallen from a staggering $5 a gallon hit in mid-June to an average of $4.66 nationwide as of Tuesday. That’s still much higher than a year ago, but the drop points to the potential for much lower inflation this month and possibly in August.

Still, rising prices have caused a sharp drop in consumer confidence in the economy, dragged down President Joe Biden’s approval ratings and pose significant political risks for Democrats in Congress this fall. Forty percent of American adults said tackling inflation should be a top government priority this year in a June AP-NORC poll, up from just 14% in December.

Americans dramatically increased their spending when the pandemic subsided a year ago, initially splurging on furniture, exercise equipment and other household items and in recent months shifting more to travel, dining out and going to movies and concerts. Rising demand, fueled in part by government stimulus checks, has overwhelmed supply chains and sent prices soaring.

On a monthly basis, economists forecast Wednesday’s report will show prices rose 1.1% in June from May, according to FactSet. Some economists estimate that up to half of that gain would reflect higher prices at the pump.

Excluding the volatile food and energy categories, prices likely rose 0.6% in June for the third month in a row and 5.7% from a year earlier.

The persistence of inflation has puzzled Fed Chairman Jerome Powell and other Fed officials, who are engaged in the fastest series of rate hikes since the late 1980s in an effort to rein it in.

Powell has stressed that the central bank wants to see “convincing evidence” that inflation is slowing before it cuts its rate hikes. Such evidence would have to be a “series of declining monthly inflation readings,” he said at a news conference last month.

Some economists worry that the Fed’s desire to stifle inflation could cause it to raise rates too quickly, even as the economy, by some measures, is slowing. Much higher borrowing costs could lead to a recession next year.

Consumers have started to cut spending a bit, home sales are falling as mortgage rates rise and factory output fell in May.

The Fed would like to see weaker growth, which should help reduce inflation. Healthy job gains in June point to an economy that is still expanding, with little sign of an impending recession.

Inflation is likely to slow later this year, but by how much is unclear. Oil prices fell to around $96 a barrel on Tuesday and other commodities, including metals such as copper, have also become cheaper, mainly due to recession fears in the United States and Europe.

Shipping costs for international freight have fallen and there are fewer ships stuck in the port of Los Angeles and Long Beach, the largest in the United States. Wholesale gasoline prices have fallen to around $3.40 a gallon, suggesting retail prices could fall as low as $4.20 in August, according to Omair Sharif, founder of Inflation Insights. Wholesale used car prices are also falling, pointing to a decline in used car prices in the coming months.

However, many items continue to rise in price. Apartment rents have risen as stronger jobs have been secured and wage increases have encouraged more Americans to move on their own. Median rents for new leases are up 14% in the last year, according to real estate brokerage Redfin, to an average of $2,016 per month.

Rents measured by the government’s inflation index have risen more slowly because they include all rents, including existing leases. But economists expect rising spending on new leases to push the government’s measure of inflation higher in coming months.

Inflation has also spiked abroad. It reached 9.1% in the UK in May, the highest level in four decades, driven mainly by higher petrol and food costs. In the 19 European countries that use the euro, it reached 8.1% that month, compared to the previous year, the most in records dating to 1997.