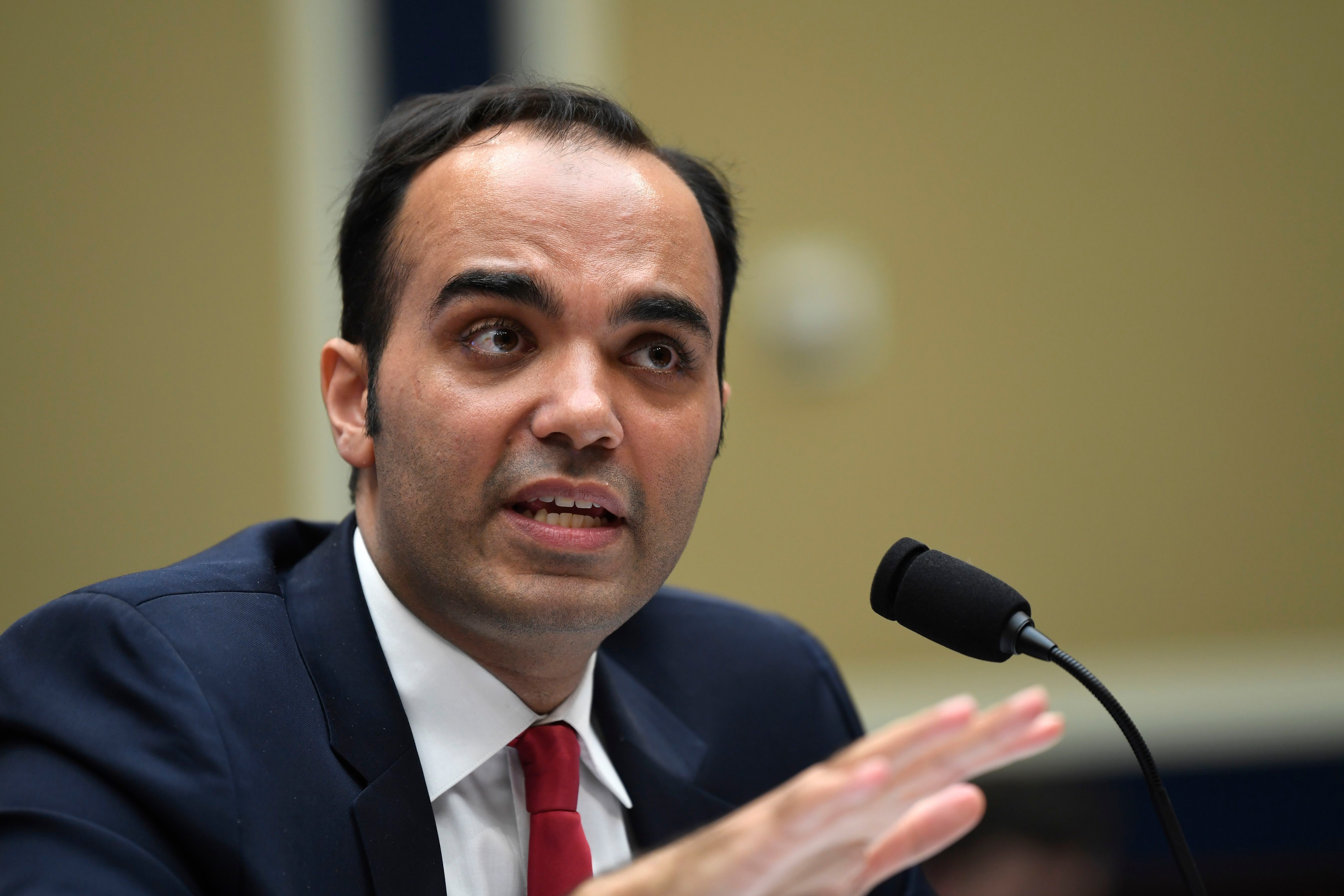 NEW YORK (AP) — The head of the nation’s financial watchdog is second-guessing how useful fines are in deterring illegal behavior in the financial industry, saying some companies have gotten so big that money makes little difference.

In an interview with The Associated Press, Rohit Chopra noted that the Consumer Financial Protection Bureau plans to implement a series of tools that could limit a bank or financial firm’s ability to conduct business if they break the law.

In less than a year at the helm of the CFPB, Chopra has moved to make the agency the assertive regulator it was under President Barack Obama. The office took far fewer enforcement actions during the Trump administration.

Some of the staff who had left the CFPB under the Trump presidency have returned. The office has been adding law enforcement personnel and has reprioritized issues like fair lending that were shelved during the previous administration.

Chopra, in a video interview with The Associated Press, said the office changes have been necessary because the financial services industry has been dramatically transformed. Apple is now one of the biggest payment processors and has a credit card, Facebook tried to launch its own digital currency, and Amazon acts as a financial intermediary between merchants and customers in a way that was unthinkable a few years ago.

There has also been a rapid growth of buy-now-pay-later companies, which offer ways for borrowers to split a purchase into a small number of equal installments. It’s a product that effectively didn’t exist in the US even three or four years ago.

In some of his first moves, Chopra directed the office to investigate whether tech companies like Apple, Amazon, PayPal, Square and others may be violating privacy laws when it comes to payments. The bureau is also investigating whether buy now, pay later businesses are causing consumers to take on too much debt, as well as how those loans should be reported on consumers’ credit reports.

“We’re trying to make sure we have a real understanding of today’s markets, not in light of what’s happened in the pandemic, but in light of banking really changing in the last couple of years,” he said.

Banks and other businesses have taken notice of the office shift. The US Chamber of Commerce launched an ad campaign this summer deliberately targeting Chopra, who the business lobby group says is trying to “turn around” the financial services industry.

Chopra is reevaluating some of the traditional tools available to regulators. Because of the size of some of these companies, he said tools like fines may no longer be enough to punish the bad guys.

The CFPB is exploring other ways to curb illegal practices, ranging from limitations on business growth or prohibiting a business from opening new accounts, as well as imposing fines and liability on individuals rather than just the business.

One option now being considered for repeat serious violations would be to revoke a bank’s deposit insurance, on the premise that it is operating in an unsafe and unsound manner. Revoking bank deposit insurance would be a devastating blow to any financial company.

In April, the CFPB sued TransUnion for its alleged involvement in deceptive marketing of credit products, in violation of a 2017 enforcement order. The bureau also sued one of TransUnion’s executives as part of its lawsuit, which seeks monetary fines and a court order to stop the practices.

“We’re shifting our enforcement focus to these larger players who knew something was in violation of the law but made a calculated decision to break that law,” Chopra said.

TransUnion has denied violating the 2017 order and is fighting the CFPB lawsuit.

Chopra’s comments reflect in part his experience as one of the Democratic seats on the Federal Trade Commission under President Trump. During his tenure, Chopra was outspoken in criticizing the regulator’s track record of extensive investigations into anti-competitive behavior that ultimately resulted in an inconsequential fine against a large company.

In 2019, the FTC fined Facebook $5 billion for the social media company’s extensive privacy violations. While the fine was the largest ever imposed by the agency, it represented less than 10% of the company’s total sales that year and less than a third of the company’s annual profits. In the interview, Chopra reiterated that he believes the FTC’s actions did little to stop Facebook’s malpractice.

“It seemed like there were two standards at the FTC: hit the little guy when he broke the law, but when a big company was repeat offenders, it seemed like no big deal,” he said.

Chopra publicly referenced the need for more forms of enforcement than just a fine on Wednesday after a company owned by Warren Buffett’s Berkshire Hathaway was found to have illegally discriminated against Black and Latino would-be owners.

“We will continue to seek new remedies to ensure that all lenders meet their responsibilities and obligations,” Chopra said.

Other financial regulators have also taken a multifaceted approach. Regulators have fined Wells Fargo billions of dollars for various malpractices, including pressuring its employees to illegally open millions of fake accounts to meet unrealistic sales targets.

But the Federal Reserve went further. Wells has remained under Fed restrictions since 2018, unable to grow his business until the central bank deems his cultural issues resolved.