Notre Dame names Tyler Buchner its starting quarterback, and the Irish lose WR Avery Davis with a torn ACL in his right knee 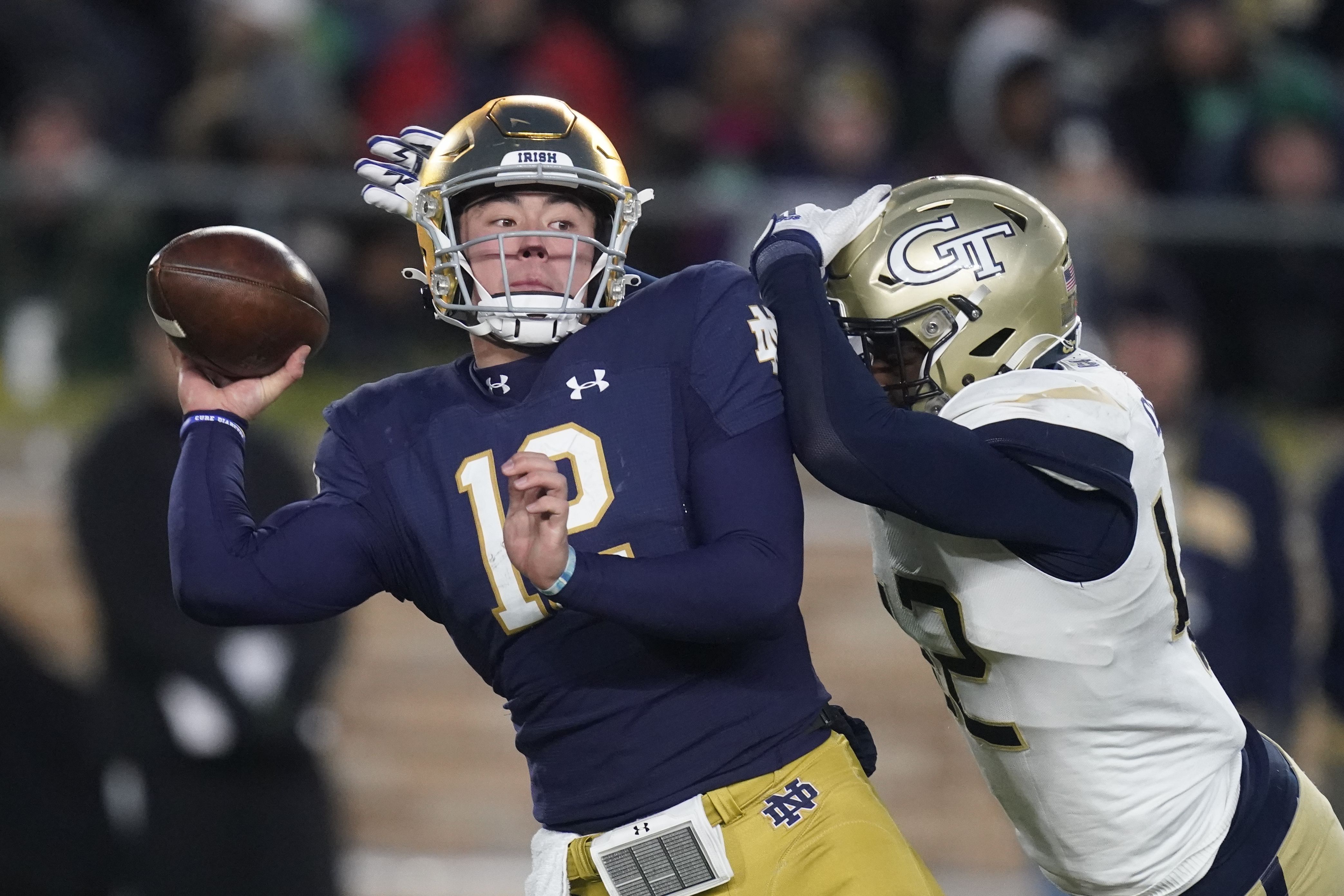 The school said Davis, a senior and captain of the team that was scheduled to start at slot catcher, was injured Friday during practice. He missed the final month of last season after tearing the ACL in his left knee, but was still third on the team in receiving yards with 386 of 27 catches.

The loss is a blow to an already slim position for Notre Dame, which only has five scholarship recipients left on the roster. Only Braden Lenzy and Lorenzo Styles caught more than 20 passes last season.