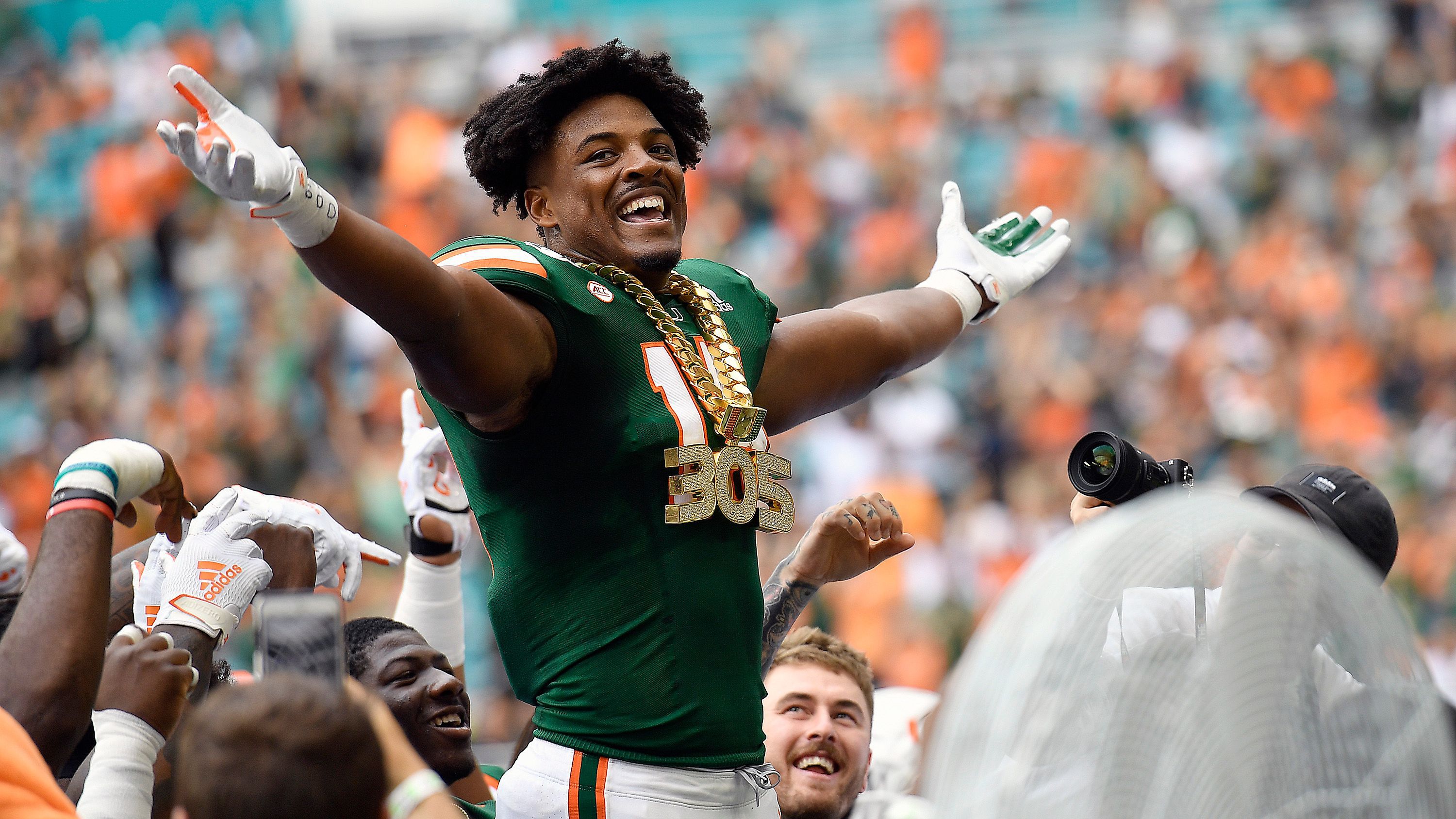 CHARLOTTE, NC — The Turnover Chain has been a part of Hurricanes sideline celebrations since 2017, but players won’t be able to celebrate with the jeweled Cuban Link chain this season.

Miami will not use the turnover chain this year, coach Mario Cristobal confirmed Thursday morning.

The Billing Chain, which had multiple iterations in the last five seasons, spawned numerous imitations in college football, including Oregon State Billing Chainsaw.

“It’s not about hitting anyone or anything,” Cristóbal said. “It’s just not our style. It’s not our culture.”

Cristobal, a Hurricanes alumnus who won a pair of national titles with the team as a player, said that while the Rotation Chain is part of the program’s history, the team is moving in a different direction under him and his staff. .

“Certainly, history is history, and whether it’s positive, inconsequential, whatever it is, it’s still history and part of their program,” he said. “We’re just moving in a direction that right now doesn’t involve him. That’s really the best way to approach it.

“Let’s put it this way. We’ve been working so hard and paying attention to a lot of other things that, in my opinion, are much more critical to winning football games and being successful that it really hasn’t been a topic or issue. We won’t use it.” .

Fourth-year defensive lineman Jahfari Harvey won the chain once last season after intercepting a pass and returning it for a touchdown against North Carolina, but said the team isn’t concerned if they’ll be able to wear the jewelry after big payouts. .

“I’m glad I got it done while I was here,” Harvey said. “It will always be a part of our history, but we are focused on working right now.”

Although the Turnover Chain was created while Mark Richt was a UM coach, the idea for the dazzling accessory was credited to then-defensive coordinator Manny Diaz, who ended up succeeding Richt as head coach. Díaz was fired in December 2021 and Cristóbal replaced him immediately after.