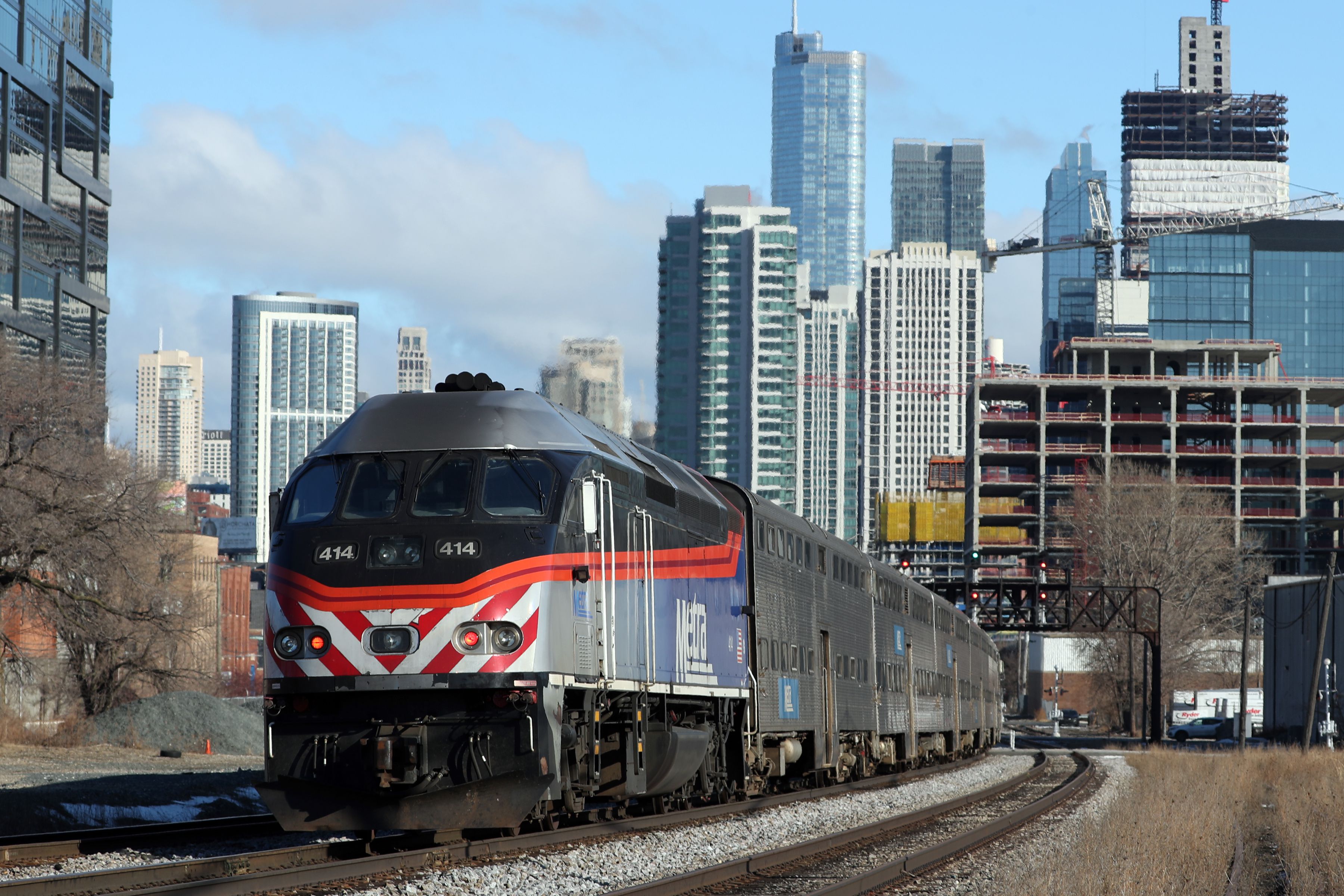 Battery-powered locomotives could run on Metra’s tracks for the first time in the next few years as the commuter rail service embarks on a plan to convert some of its aging diesel engines to a lower-emissions option.

Metra will convert at least three of its 173 locomotives to batteries, with the option to convert up to three more, according to a plan approved by Metra’s board of directors on Wednesday. The total cost to change the six locomotives is $34.6 million.

The first of the locomotives could be derailed in 3 and a half years. They will run on Metra’s Rock Island Line, on a 16-mile stretch of track between the downtown LaSalle Street station and the Blue Island station on the line’s Beverly Branch.

The locomotives will be able to run up to Metra’s maximum of 79 miles per hour, and will also power train systems such as lighting and HVAC, Metra said. The battery’s estimated range is 150 miles, although more precise ranges at full and partial charges will not be determined until the engines are running.

The charging stations, to be designed after the locomotives, will be placed in the main train yard and at another outlying point, Metra officials said.

The locomotives are expected to be quieter and cost less to operate and maintain than diesel engines, according to the agency, which also touted better air quality by switching to battery power.

“If these locomotives prove their worth, they could play an important role in our fleet and our future,” Metra CEO Jim Derwinski said in a statement, “and the concept could serve as a model for other railroads to follow. ”.

Metra does not have a timeline for switching all of its locomotives to batteries, spokesman Michael Gillis said. The next steps will depend on the pilot and any new technology in the next few years.