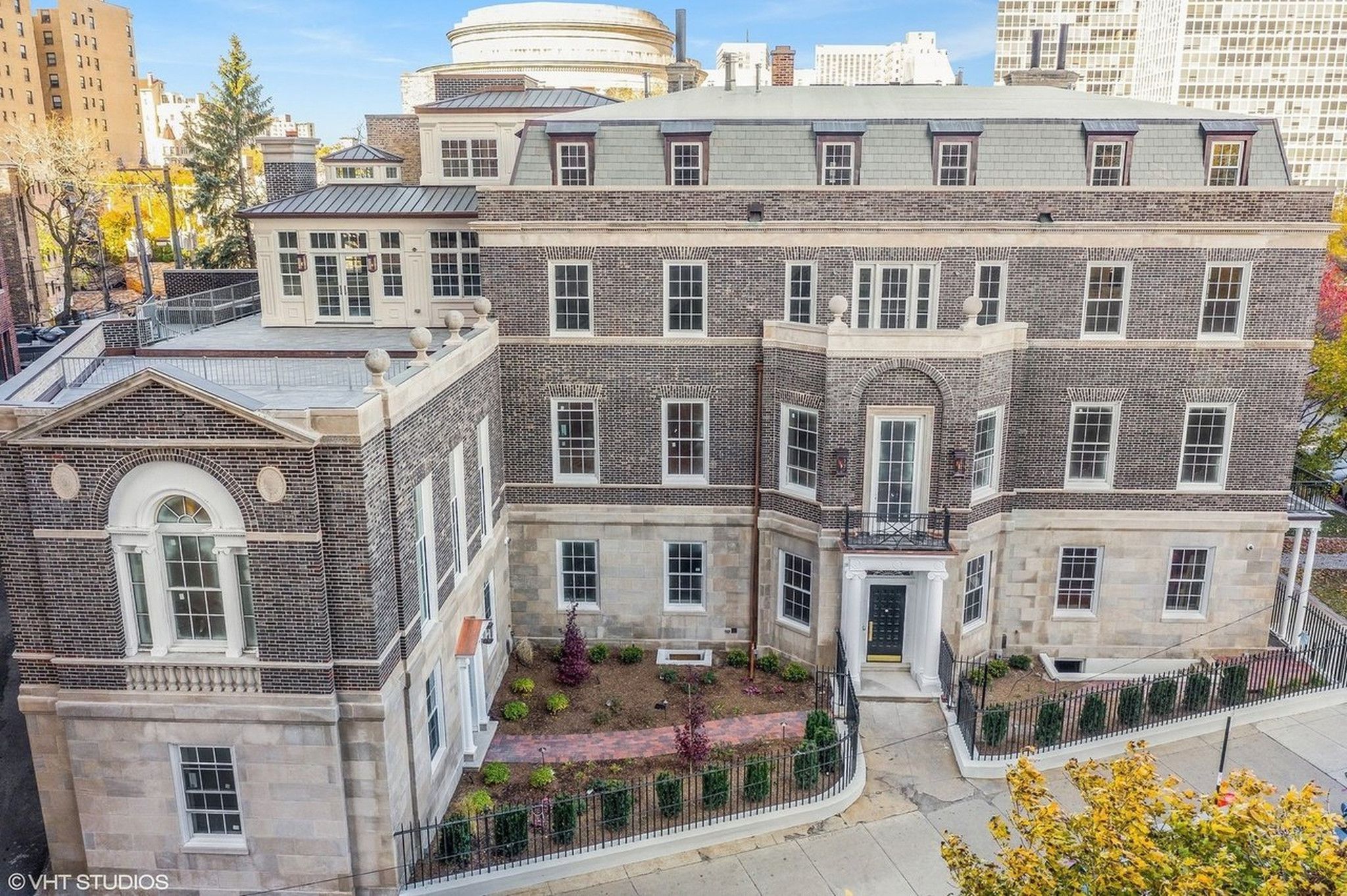 A recently renovated 11,600-square-foot, eight-bedroom Georgian mansion in Lincoln Park that was designed in part by noted architect David Adler and built in 1917 for Chicago and Titanic survivor Emily Ryerson was listed on Monday, July 25 as a single-family home for $11.5 million.

The 49-room mansion hasn’t been a single-family residence for 75 years, most recently a psychiatric rehabilitation center. Its current owners paid $2.7 million for it in 2017 and embarked on a lengthy renovation, in the process trying to rehab it into two separate units. During the rehab, one of the two units was listed for sale last year for $5.65 million.

Now, however, the mansion is marketed for the first time as a single-family home.

“It’s four stories plus an unfinished basement, and unlike most single-family homes in Chicago, which go straight up, this one has big floor plates on every floor, which is definitely unique,” said the realtor. . Baird & Warner’s Wendy Berg told Elite Street. “And it has an 800-square-foot deck, which is unique, and as part of the restoration, there’s a lot of original trim on the first and second floors that were able to be restored. Also, the rotunda of the house has the original marble floors and the living room has its original herringbone hardwood floors. So an incredible story was recovered.”

Emily Ryerson, who lived from 1863 to 1939, survived the sinking of the Titanic in 1912, but her husband, Arthur, perished in the disaster. After her death, the mansion, which Adler and his associate Henry Corwith Dangler designed and configured as four-tier houses, was sold in 1946 to the private Harris School, a small independent elementary school. After the school moved to its new location at 541 Hawthorne Place in 1975, the school sold the Ryerson mansion to the nonprofit Thresholds Psychiatric Rehabilitation Center, which used it as a halfway house for those struggling with mental illness.

Now called Adler on the Park, the mansion in May hosted a designer showcase that enlisted 40 Chicago interior designers to reimagine each room. Berg, whose husband, Bob, was the general contractor for the restoration, declined to specify how much the entire renovation cost, but suggested it wasn’t cheap at all.

“An expansion was done, garages were added and an elevator was put through five floors with three feet of concrete between each floor,” he said. “It’s built like a fortress.”