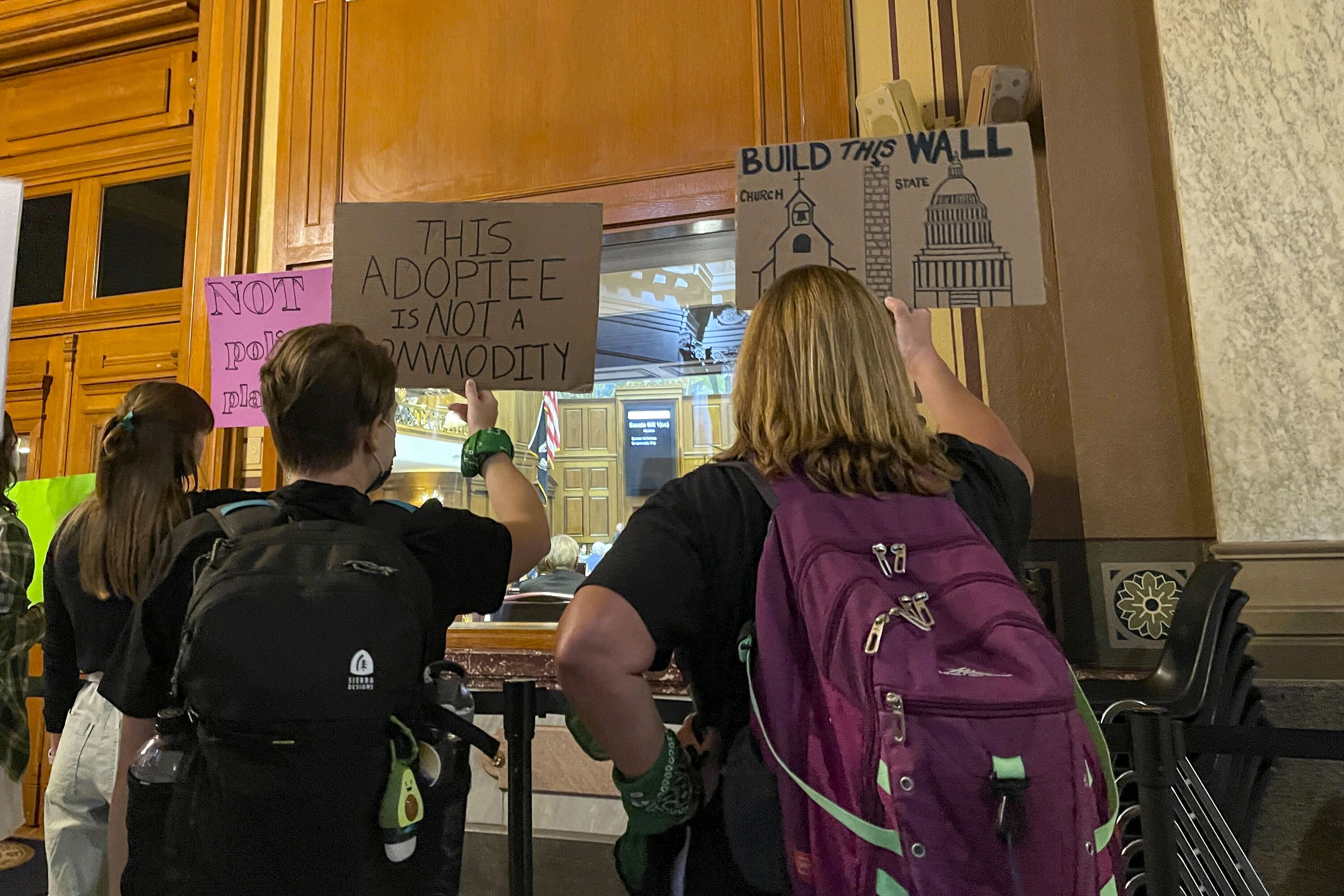 In the wake of Indiana’s near-total abortion ban, some businesses have announced plans to expand out of the state fearing the law’s impact on workforce retention with what one economist called a “potentially devastating” impact on the state economy.

Eli Lilly and Cummins have publicly stated their opposition to the new law. But, before the law was signed into law, hundreds of local Indiana businesses signed a “Don’t Ban Equality” letter drafted by the American Civil Liberties Union of Indiana.

“Restricting access to comprehensive reproductive care, including abortion, threatens the health, independence, and economic stability of our employees and clients. Simply put, it goes against our values ​​and is bad for business. It impairs our ability to build diverse and inclusive workforces, recruit top talent in every state, and protect the well-being of all the people who keep our businesses thriving day in and day out,” the letter reads, in part.

Following a two-week special session, Gov. Eric Holcomb signed into law a near-total abortion ban on Friday that takes effect Sept. 15. The law has limited exceptions, such as in cases of rape and incest before 10 weeks after fertilization. ; protect the life and physical health of the mother; and if a fetus is diagnosed with a fatal abnormality.

Northern Indiana Public Service Co. officials are “reviewing the new law” and declined to comment on possible actions the company might take in response to the abortion ban, spokeswoman Tara McElmurry said.

On Saturday morning, just hours after Holcomb signed the law, Eli Lilly representatives issued a statement objecting to the new law, saying the company “will be forced to plan for further job growth outside of our home state.” .

In a statement, company representatives said the employee health plan coverage was recently expanded to include travel for reproductive health services, but “that may not be enough for some current and prospective employees.”

Jon Mills, a spokesman for Cummins, an engine company that employs about 10,000 people in the state, said in a statement and email to employees that the company is “deeply concerned about how this law affects our people and impedes our ability to attract and retain a diverse workforce in Indiana: concerns we have expressed to legislators.”

“Cummins believes that women should have the right to make reproductive health decisions as a matter of gender equality, ensuring that women have the same opportunities as others to participate in the workforce and that our workforce is diverse. This law is contrary to this goal and we oppose it,” Mills said.

“For Cummins to succeed, it is critical that we have a safe and welcoming workplace and communities where we embrace our differences and allow all employees to thrive. As we continue to grow our footprint with a focus on selecting communities that align with our values ​​and business goals, this will be considered in our decision-making process,” said Mills.

Nicholas Browning, an associate professor of public relations at The Media School at Indiana University in Bloomington, said he was initially surprised that Eli Lilly and Cummins would make such announcements.

“Usually (companies) tend to stay away from hot spots like abortion. Abortion may be the most divisive social issue in the US. If it isn’t, it certainly is among them. I was a little surprised at first that they excelled at that,” Browning said.

But, Browning said, the more he looked at the ads, the more it became clear that companies may take a stand because none work directly with consumers.

“They may be more protected from those negative effects,” Browning said.

Indiana has a large Republican majority, Browning said, and the GOP has long been known as the party that focuses on business interests. If companies like Eli Lilly and Cummins applied more public pressure against the bill, Browning said it could have had an impact.

Kyle Anderson, an economist at the Indiana University Kelley School of Business, said that while Indiana promotes itself as business-friendly, what it really means is tax breaks for businesses.

“(The state) should be focused on attracting and retaining skilled workers, and I don’t think this is a step in that direction,” Anderson said.

For the state, Browning said the company’s announcements “could be potentially devastating,” depending on how the companies move forward.

Given that both companies have stated that workforce retention is a concern, he wouldn’t be surprised if they expanded out of state, Browning said, especially as people 35 and younger, who are generally in favor of abortion access, begin their races.

Both companies require a highly skilled and skilled workforce, Browning said, so if the new abortion law becomes the reason workers don’t want to work for the companies, the companies will very likely move out of the condition.

“The age of the workforce has gone up, and as some of them get older, thinking about the new talent that is coming in could become particularly problematic. In the long term, it could have serious economic consequences for the state as a whole,” Browning said.

State lawmakers could take steps to prevent businesses from leaving, Browning said, but the best course of action would be to undo the law, which is highly unlikely. It’s generally easier to stop a bill as it moves through the legislature than once it becomes law, he said.

“I think that for many politicians and for many voters, the restriction or prohibition of abortion is an existential goal. If you as a legislator are 100% committed to this, or it’s a very serious core value to you, it’s really hard to negotiate from there. It would depend on what happens at the polls,” Browning said. “I don’t see the current legislators who voted for that suddenly changing their minds. A lot of them would be willing to lose an election rather than reverse that because it’s something they’re passionate about.”