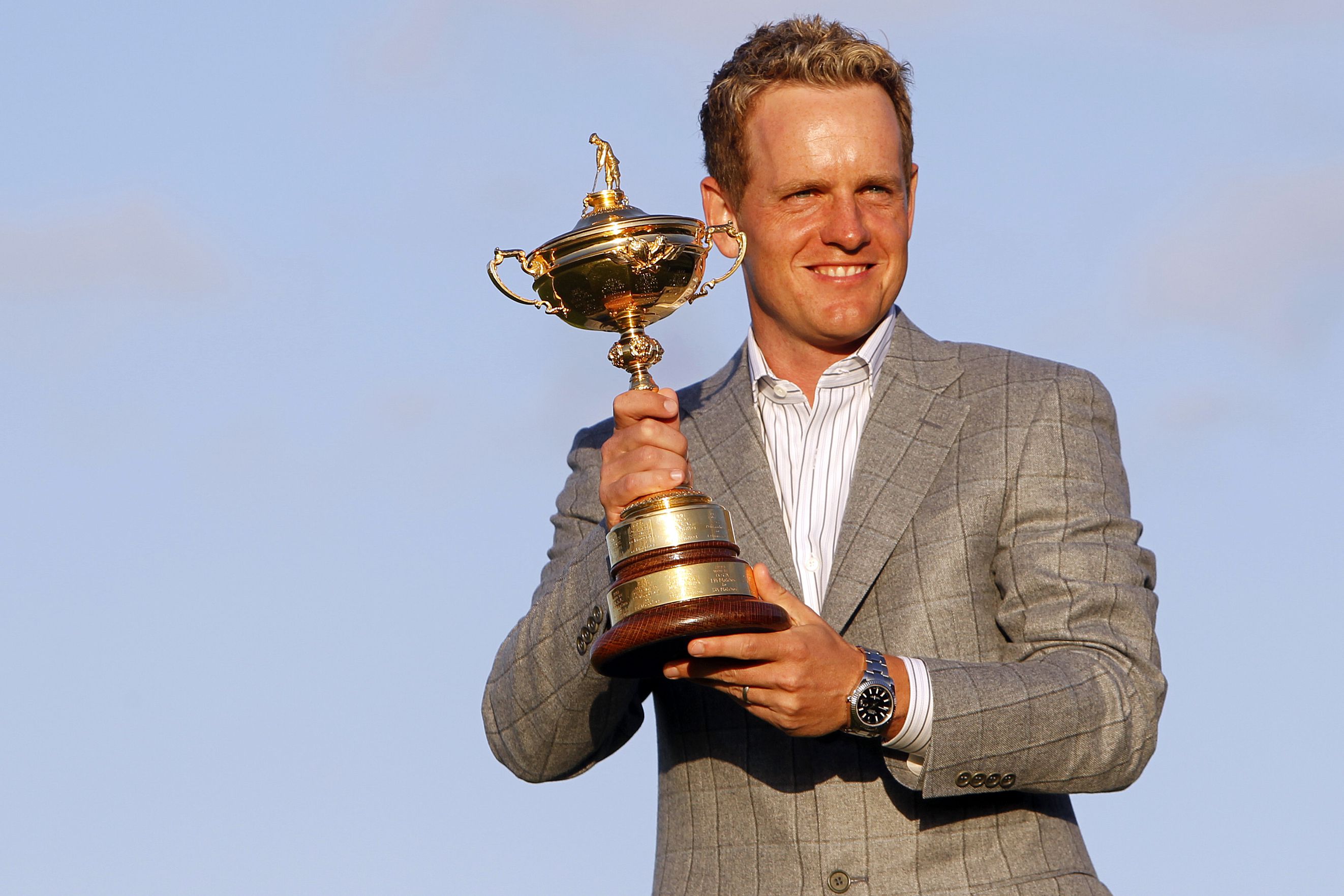 Luke Donald seized a second chance to be the Ryder Cup captain for Europe, taking over just 14 months before the 2023 matches in Italy not knowing if players signing up for LIV Golf’s Saudi riches will be available to him. .

Donald just knew that, unlike Henrik Stenson, who was stripped of his captaincy for signing up for rival league LIV Golf, he wasn’t going anywhere.

“I give you my word that I will be here for the next 14 months,” Donald said Monday in a video call. “I am excited about this opportunity. I really am. The Ryder Cup means a lot to me and I’m not going to take it lightly. So I’ll see you in Rome.”

Stenson, who pledged his full support for the European tour in March when he was announced as captain, changed his mind four months later and signed with LIV Golf for what the Daily Telegraph reported as a $50 million bonus.

Europe turned to Donald, a finalist for the spot in March and a former World No. 1 who played on four Ryder Cup teams that ended in a European celebration.

Donald compiled a record of 10-4-1 in Ryder Cup play. His last appearance as a player was in 2012 at Medinah, where he defeated Bubba Watson in the leading singles match as Europe staged the biggest away comeback in Ryder Cup history.

Donald could not have guessed then that it would be the last time he would play in the Ryder Cup. He went on to become vice-captain to Thomas Bjorn in 2018 in France and Padraig Harrington last September at Whistling Straits, the only time Donald experienced defeat.

Most of all, he remembers sitting next to Darren Clarke during the opening ceremony in the Oakland Hills in 2004, his Ryder Cup debut. Donald said Clarke turned to him and said, “Once you play in one, you’ll never want to lose another one.

Stenson had other ideas, and it paid an immediate dividend when the Swede won on his LIV Golf debut on Sunday to raise $4 million, plus $375,000 for his team to finish second.

“Henrik has made his decisions and he has his reasons for it, and I’m not really here to judge that,” said Donald, the 1999 NCAA singles champion at Northwestern and winner of 13 professional tournaments around the world. “I’m certainly excited about the opportunity, and when I found out I had a second chance, I jumped at it, to be honest with you. This is something I’ve always wanted to do.”

Donald, 44, spent 56 weeks at No. 1 in the world in 2011 and 2012 while competing for the top spot with Rory McIlroy. He was also the first player to capture the money titles on the PGA and the European tours in the same year.

And now he gets a job that doesn’t seem easy. Some of Europe’s veteran Ryder Cup players don’t see why their eligibility to play on another circuit should be removed. A British judge issued a temporary suspension allowing four players to compete at the Scottish Open last month.

Europe has yet to announce its qualification criteria or when it will start, which usually happens around a year before the matches. The 2023 matches are scheduled for late September at Marco Simone Golf and Country Club near Rome.

“Over the next few months, hopefully we’ll have some clarity on that situation,” Donald said.

Donald said he is not the first captain to face tough times, citing Sam Torrance and Curtis Strange when the 9/11 terrorist attacks postponed 2001 games by a year and Harrington and Steve Stricker managing their teams last fall while The United States was beginning to ease COVID-19 protocols. Europe barely had any fan support in Wisconsin due to travel restrictions.

Inside the ropes, the task is daunting. Donald takes over as Europe, the dominant team in the Ryder Cup for the past 25 years, finds itself at a crossroads. A young and powerful team from the USA scored the biggest victory over Europe at Whistling Straits, winning 19-9.

“Sometimes failure can really motivate you, and I certainly know the players will be motivated to win that cup back,” Donald said. “And I’m going to do everything I can to get those guys in the right frame of mind to put us in a position.”

Zach Johnson is the US captain for the 2023 matches. The US Whistling Straits team has lost Dustin Johnson, Brooks Koepka and Bryson DeChambeau to LIV Golf. All three have passed at least 16 months since their last victory.

Donald said that Bjorn and Edoardo Molinari will remain as vice-captains.