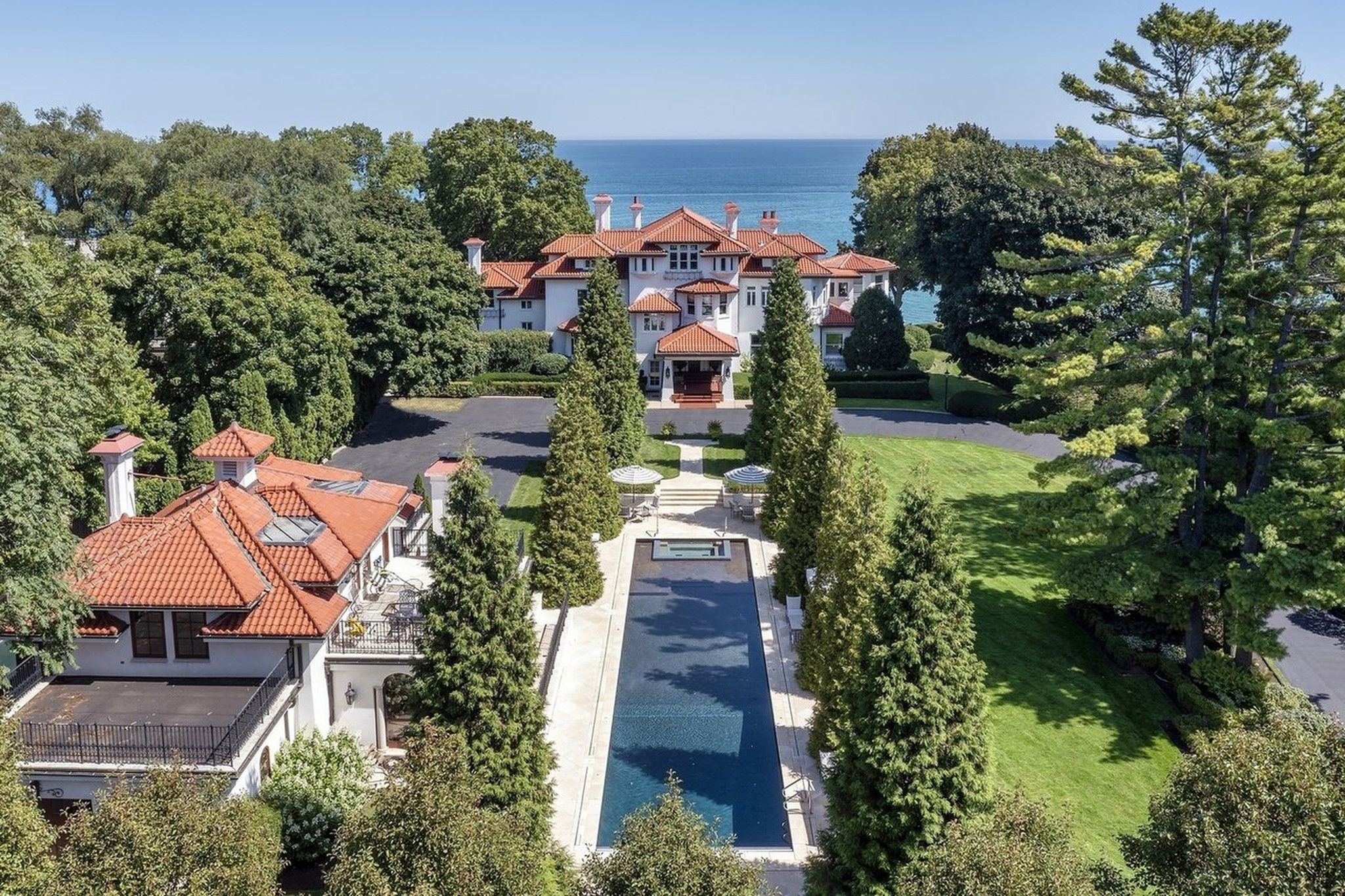 A prominent 10,000-square-foot, five-bedroom Spanish-style mansion on Lake Michigan in Winnetka was listed for sale Monday for $15.85 million.

Probably best known as the former home of the late insurance magnate, philanthropist, and author W. Clement Stone and his wife, Jessie, the vintage mansion is in need of renovations and may be a target for a buyer opting to tear down. and build a new mansion on the 2.22-acre gated site.

Built in 1912 and recognizable by its red tile roof, the mansion has had just five owners in 110 years. Its first owners, Arnold Gilmore and his wife, Lena, lived in the house until they sold it for $100,000 in 1919 to Albert Pick, the head of the Albert Pick restaurant supply company. Pick died in 1923, and his family sold the mansion in 1931 to James G. McMillan, who was president of the A. Wander Co., manufacturer of Ovaltine.

McMillan owned the mansion until his death in 1965, and the following year Stone and his wife bought it. They remained in the house, often holding benefits in the upstairs ballroom, until W. Clement Stone’s death at age 100 in 2002 and Jessie Stone’s death in 2004, also at age 100. In 2006, the Stone estate sold the mansion to a business executive. Randy Abrahams and his wife for $8.1 million.

Now the three-story mansion is on the market for the first time in 16 years. The mansion has seven bathrooms, five fireplaces, a beveled-mirror elevator serving all levels, a living room with an imperial ceiling, a dining room with a hand-cast ceiling, a second-floor master bedroom with 180-degree views of the lake , and a foyer with a double atrium stairway with matching twisted columns and arched shells. Other features include new quartz baths adjoining the bedrooms and a lower level with a speakeasy that has green cushioned banquettes and a custom plastered mosaic ceiling with hand-painted and mirrored tiles.

Outside is 165 feet of sandy beach, an elevated sundeck, a new pool, and a newly constructed two-story cabana designed by architect Paul Konstant that has an elevator and custom bar.

“There are only five or six 2+ acre lots in Winnetka on the lake, so first of all, this property is already on that unique segment, and then it has 165 feet of pure sand beach,” the agent said. realtor Jena Radnay of @properties told Elite Street. “It’s definitely a property that can be rehabbed or someone could tear it down. And Konstant’s renovation plans for the house will be passed along with the house. They are already paid.”

The second floor of the mansion has just been rehabbed, but the house needs a new kitchen, Radnay said. She called its location “truly a pinnacle of lakefront living.”

The listing comes amid a lot of activity in the $10 million and above range at Winnetka. An unidentified buyer paid $11.25 million in July for a lakefront mansion in Winnetka, while another unidentified buyer paid $12.75 million in August for an older lakefront mansion on Sheridan Road that is due for demolition. And billionaire Justin Ishbia paid $16 million through a land trust in July to buy another lakefront home that he plans to demolish as part of a large piece of land he is creating.