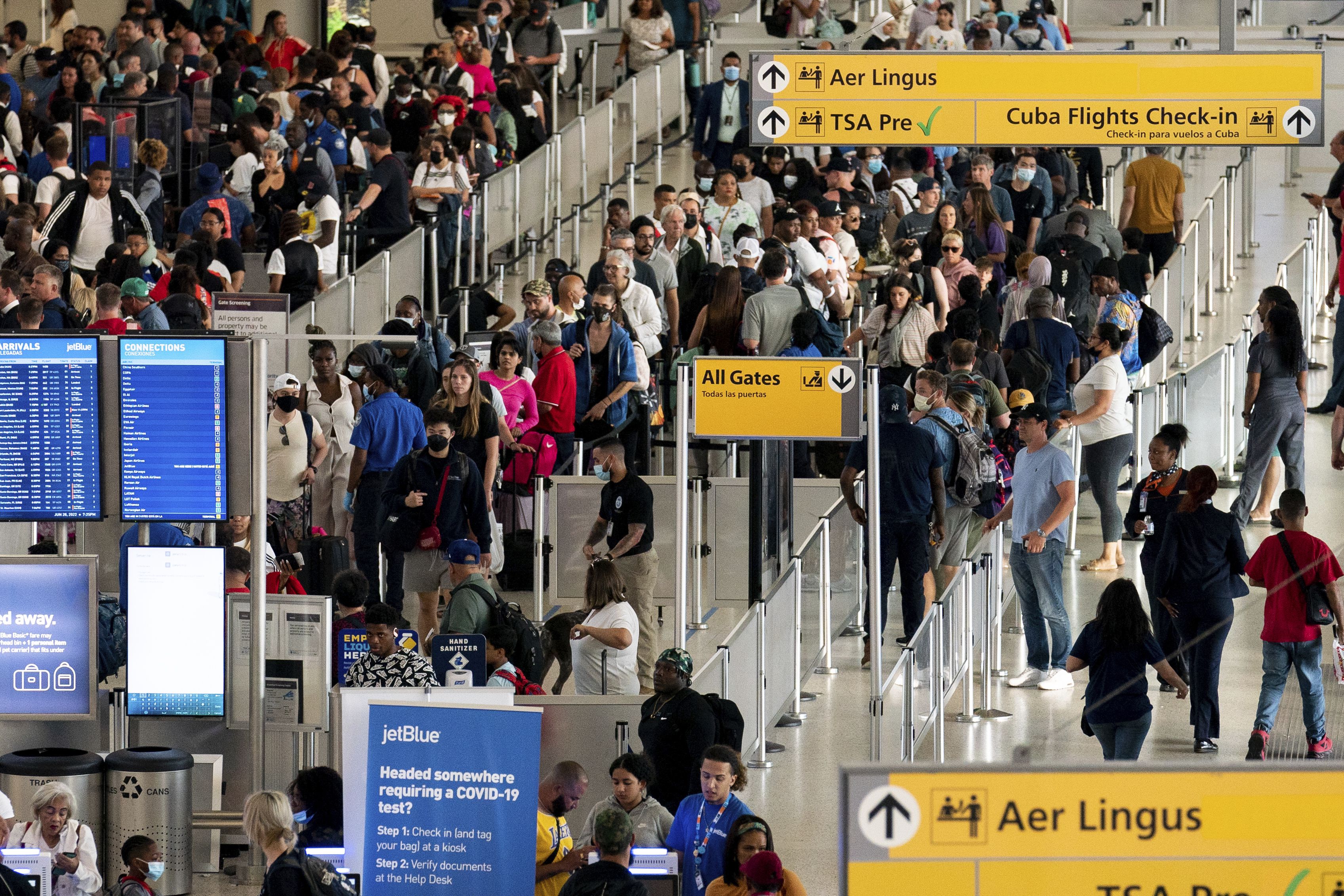 Tens of thousands of travelers had their travel plans altered Friday after airlines canceled more than 1,100 flights for the second day in a row as thunderstorms hit the East Coast.

The three major airports in the New York City area and Reagan National Airport outside Washington, DC, saw the most cancellations Friday afternoon, according to tracking service FlightAware.

Another 3,700 flights were delayed by mid-afternoon.

Thunderstorms were causing delays of more than 90 minutes on average at LaGuardia Airport in New York and Newark Liberty International in New Jersey, according to the Federal Aviation Administration. The FAA said the storms could also cause delays at major airports from Florida to Boston.

About 1,200 flights were canceled in the US on Thursday, 4.6% of all scheduled flights and the highest number since July 25, according to FlightAware.

Travelers have been hit by widespread cancellations and delays this summer. Travel recovered faster than expected (about 88% of pre-pandemic levels in July) and airlines were unable to ramp up staffing quickly enough. They have been cutting schedules in an attempt to make the remaining flights more reliable.

The delays have been more persistent, above 23% in both June and July.