Chicago Sky set a franchise record with their 25th win, outscoring the Connecticut Sun 94-91 on a late 3-pointer by Emma Meesseman 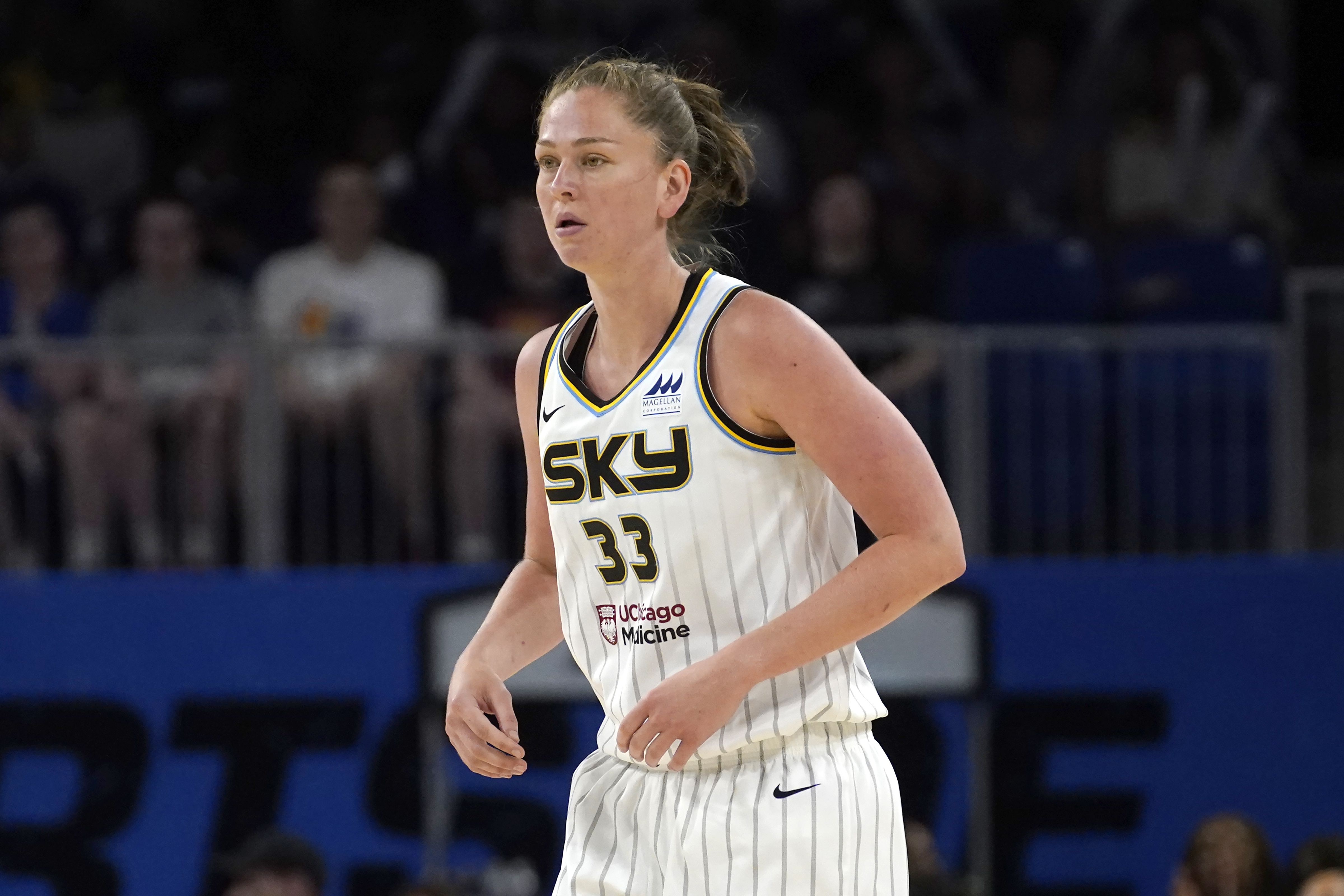 Candace Parker had 18 points, 12 rebounds and a pass to Emma Meesseman for a 3-pointer in the final minute to help the Chicago Sky beat the Connecticut Sun 94-91 at Wintrust Arena on Sunday and set the franchise record for wins in a season.

Courtney Vandersloot had 20 points, five assists and four steals for the Sky (25-8). Meesseman and Allie Quigley each added 15 points and Kahleah Copper scored 11.

Alyssa Thomas made a driving layup with 4:37 remaining in the third quarter to give the Sun, who trailed by 17 points in the first half, their first lead at 58-56. Odyssey Sims capped a 10-0 run with a layup that gave Connecticut a 75-69 lead early in the quarter.

Vandersloot made two 3-pointers as Sky scored 15 of the next 19 points before DeWanna Bonner converted a four-point play and then found Thomas for a layup to make it 89-89 with 43.6 seconds left.

But Parker, in the post, sent a bunt pass to Meesseman for a wide-open 3-pointer to make it 92-89 with 28 seconds left, and the Sky led the rest of the way.

Bonner, who had eight points and three assists in the final 2:41, missed out on great potential by tying it at 3-all at the buzzer. He finished with 18 points on 7-for-11 shooting and six assists.

Jonquel Jones had 17 points and 10 rebounds for Connecticut (22-11) and Thomas had 16 points and eight rebounds. Sims scored 13 points, Courtney Williams had 12 and Brionna Jones added 10.

The Sun missed trainer Curt Miller, who was spending time with his family after his mother, Bev, died earlier in the week.