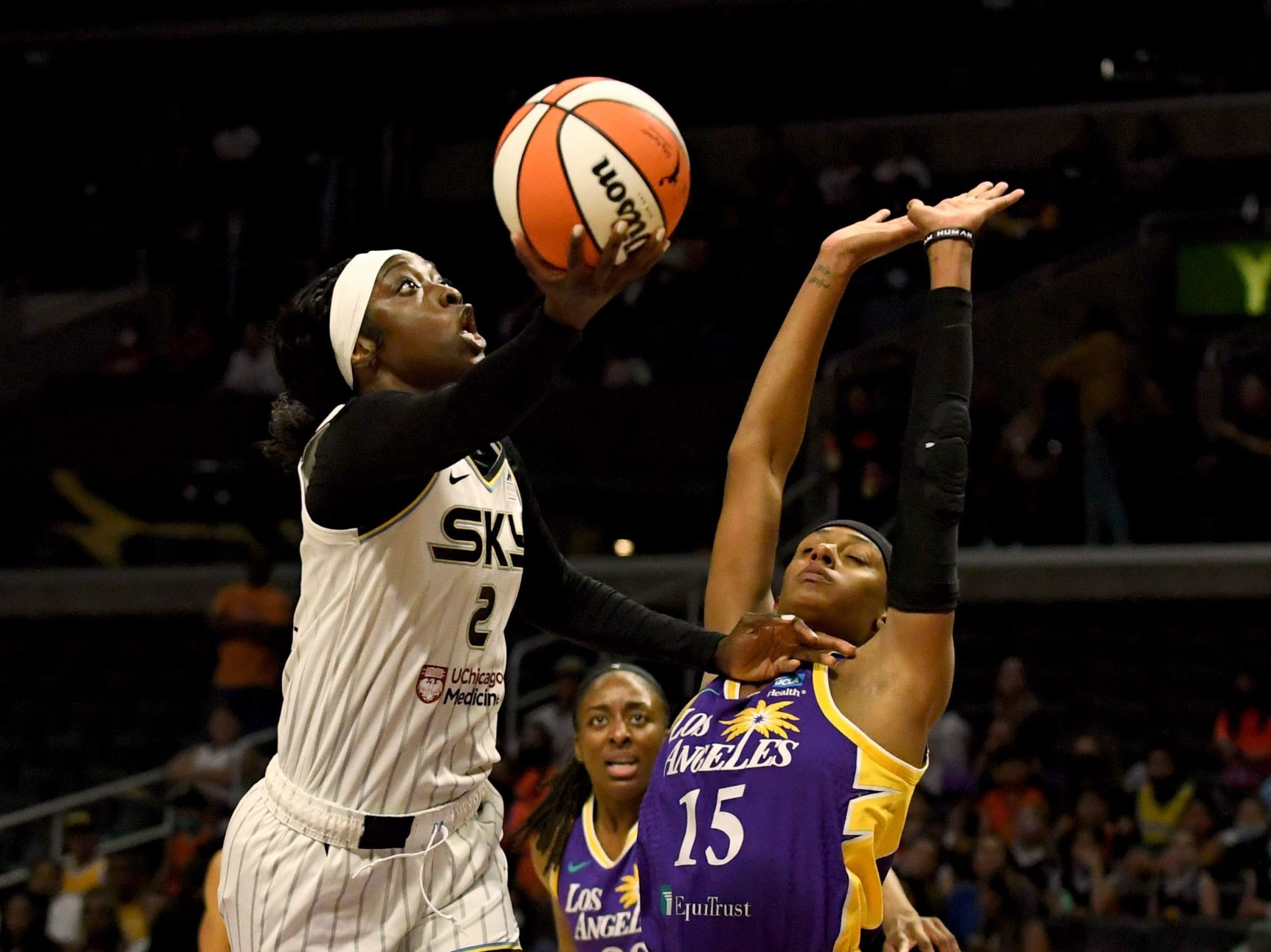 LOS ANGELES (AP) — Rookie Rebekah Gardner came off the bench to score 18 points and grab 10 rebounds to lead the Chicago Sky to an 80-68 victory over the Los Angeles Sparks on Thursday night.

Gardner shot 8-for-11, had four offensive boards and four assists to help Chicago improve to 18-6, the best mark in the WNBA. Her backup teammate Azurá Stevens scored 14, hitting 6 of 7 shots with two 3-pointers. Candace Parker had 11 rebounds but missed all 11 of her shots and didn’t score.

Sky trailed 17-16 after one quarter before outscoring Sparks 52-31 in the next two.