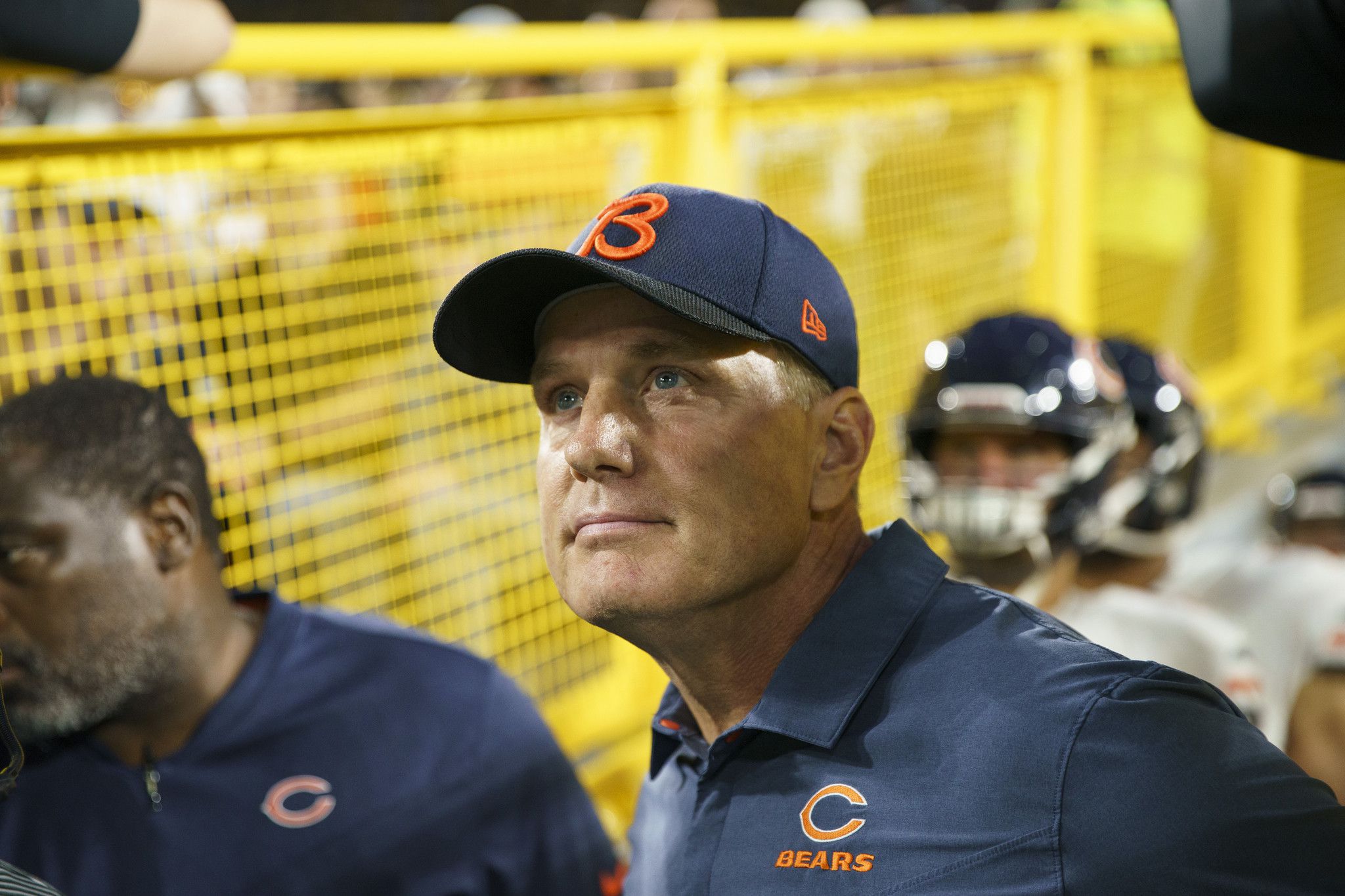 Eberflus, 52, was named the Bears’ 17th head coach in January after four seasons as the Indianapolis Colts’ defensive coordinator.

In Lake Bluff, Eberflus and his wife’s new home sits on a secluded 4.95-acre lot on Lake Michigan accessed via a long private driveway. The property has 307 feet of lake frontage.

Built in 1920, the mansion has 8 ½ bathrooms, five fireplaces, a two-story living room with ornate woodwork, a library with a wet bar and French doors, and a newly renovated kitchen with a two-story brick fireplace and a wall of windows . The mansion also has a first-floor master bedroom suite with lake views, a new walk-in closet and walk-in closet, and a master bath with dual sinks, a whirlpool tub, and separate steam shower. Other features include a second staircase, a vaulted family room, a game room area, a theater room, and a wine tasting room.

Outside the property is a bluestone patio, pool, spa, and two-bedroom, two-bathroom carriage house.

The Eberflus bought the house through a land trust, but a building permit issued for the property last month identifies the couple as the property’s owners.

The Eberflus have embarked on a renovation of the mansion, according to Lake Bluff town records.

The mansion had been listed for sale in June 2021 for $4.1 million and was sold under contract on February 24, less than a month after Eberflus became the Bears’ head coach.

Real estate agent Jeff Ohm, who represented the Eberflus, did not respond to a request for comment.