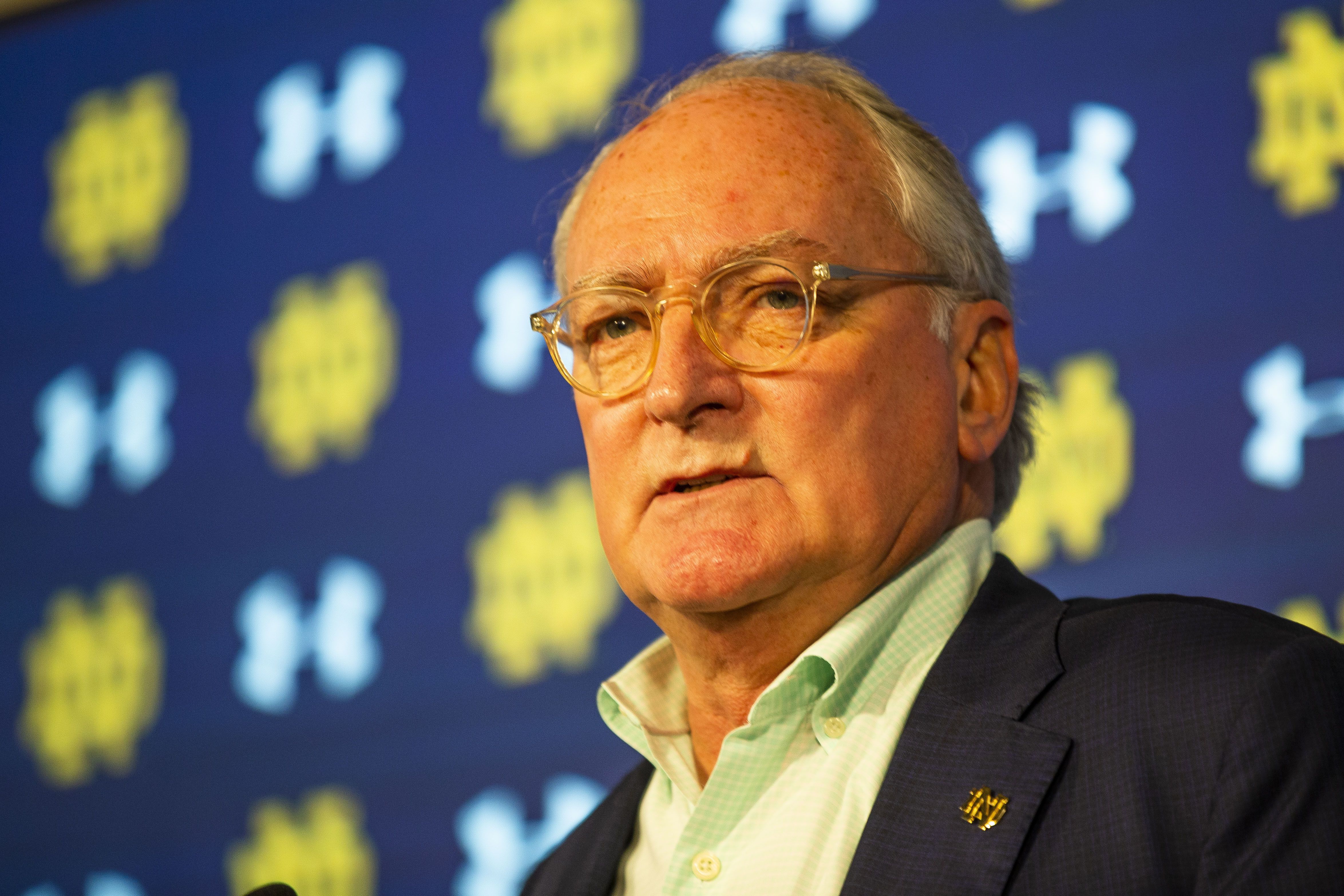 SOUTH BEND, Ind. — Notre Dame athletic director Jack Swarbrick says the Big Ten’s upcoming television deal with NBC is a “perfect” way for the network to complement its deal with the Irish.

Swarbrick conducted a live chat online for the Notre Dame alumni association on Wednesday, during which he addressed recent developments with the Big Ten and how they might affect the school’s ability to remain independent football.

The Big Ten’s new media rights deals aren’t finalized, but the conference moves toward contracts with Fox, NBC and CBS. The Big Ten has also said that it is having talks with streaming services to televise its games.

NBC has had the exclusive rights to broadcast Notre Dame home games since 1991. The latest version of that deal runs through 2025.

Swarbrick called the Big Ten’s strategy brilliant and said he expects the value of the deals to be “pretty amazing” for the conference.

“But it’s also perfect for Notre Dame,” Swarbrick said. “We need NBC to have more college football to more effectively promote our games and talk about our games and for NBC to be seen in that light. So it was great for us that (NBC) got a big part of this.”

Swarbrick said the recent expansions of the Big Ten (which added USC and UCLA in 2024) and the Southeastern Conference (which added Texas and Oklahoma in 2025) have only strengthened Notre Dame’s position as an independent football college.

Notre Dame is a member of the Atlantic Coast Conference for most of its sports and has an agreement to play five football games per season against ACC schools. Additionally, a clause in Notre Dame’s agreement with the ACC would require it to join that conference if it relinquishes soccer’s independence. That deal runs through 2036.

Swarbrick said the three factors Notre Dame would consider if it considered joining a football conference would be a television partner to broadcast all home games, access to the college football playoff and how it would affect Olympic sports.

“When I started in this job… all the comments were if we were already relevant. This year, no one is asking that question,” Swarbrick said. “A lot of this dynamic has reinforced decisions made over many years that have put Notre Dame in a very good position. That is my biggest lesson.”