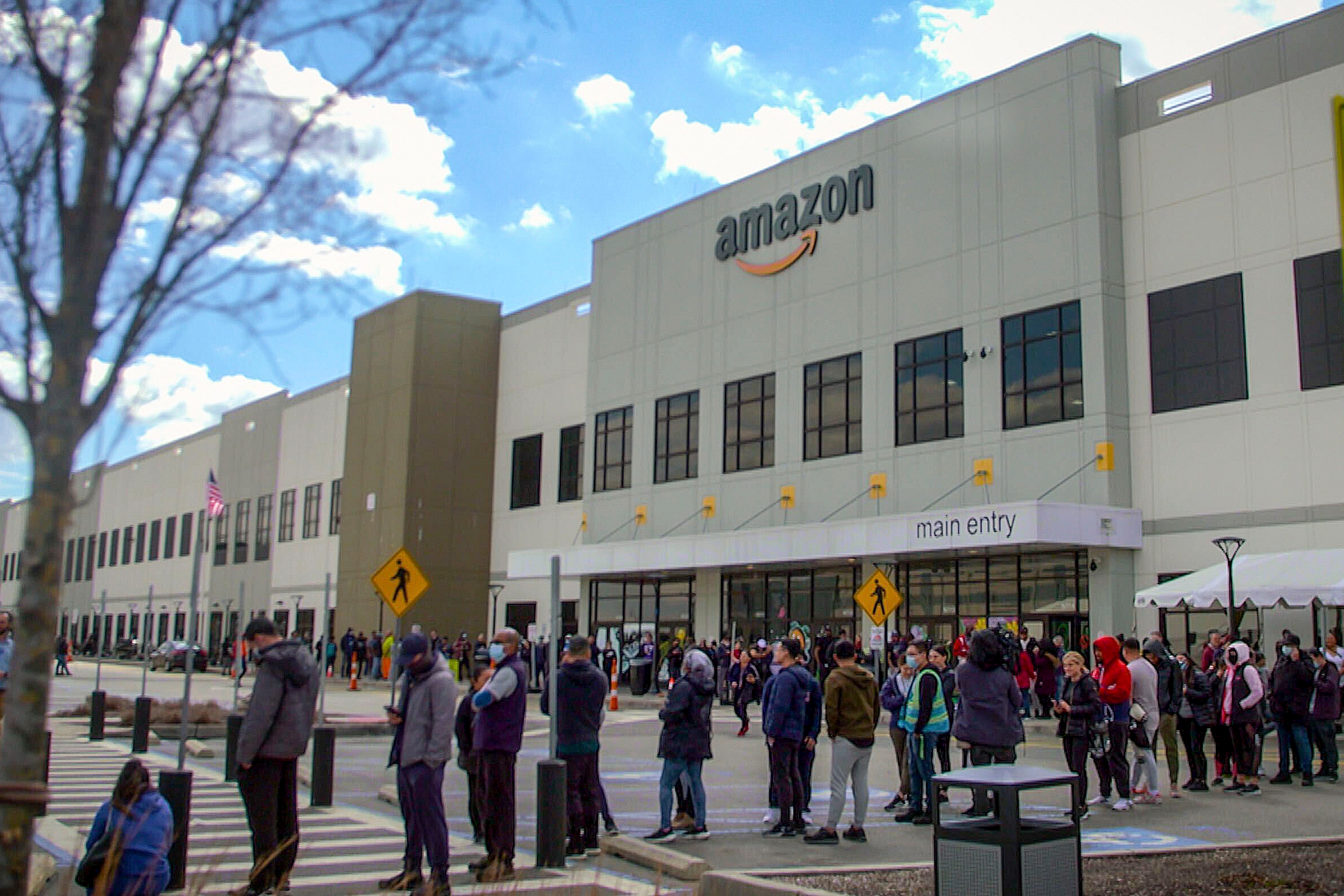 NEW YORK (AP) — Amazon has furloughed at least 50 warehouse employees who refused to work their shifts after a trash compactor fire at one of its New York facilities, according to union organizers.

The company furloughed the workers, with pay, on Tuesday, a day after the fire disrupted operations at the Staten Island warehouse that voted to unionize earlier this year.

Derrick Palmer, vice president of the Amazon Workers Union, said day shift workers were sent home with pay because of the fire, which started Monday afternoon. But night shift employees, just arriving for their shift, were told to stay in a break area until management became aware of the situation, he said.

Dozens of workers began raising safety concerns. Some were concerned that the air in the facility was not safe to breathe due to smoke from the fire. Eventually, approximately 100 workers held a sit-in at the facility’s main office, demanding to be sent home with pay.

Amazon spokesman Paul Flaningan said in a statement that the company had asked all night shift employees to report for their shifts Monday after the New York Fire Department certified the building safe.

“While the vast majority of employees reported to their workstations, a small group refused to return to work and remained in the building without permission,” Flaningan said. Some workers had also walked out, while others continued to protest, according to organizers.

The furloughed workers were notified by email and phone that their security badges would be inactive for the duration of the investigation, Palmer said. The suspensions are in place indefinitely while the company investigates. The number of furloughed workers could rise. Seth Goldstein, an attorney for the union, said the workers intend to file unfair labor practice charges against Amazon with the National Labor Relations Board.

Amazon has filed more than two dozen objections with the agency seeking to rule out the union’s victory in April. Meanwhile, warehouse workers at a separate facility near Albany, New York, will vote in their own union election next week.