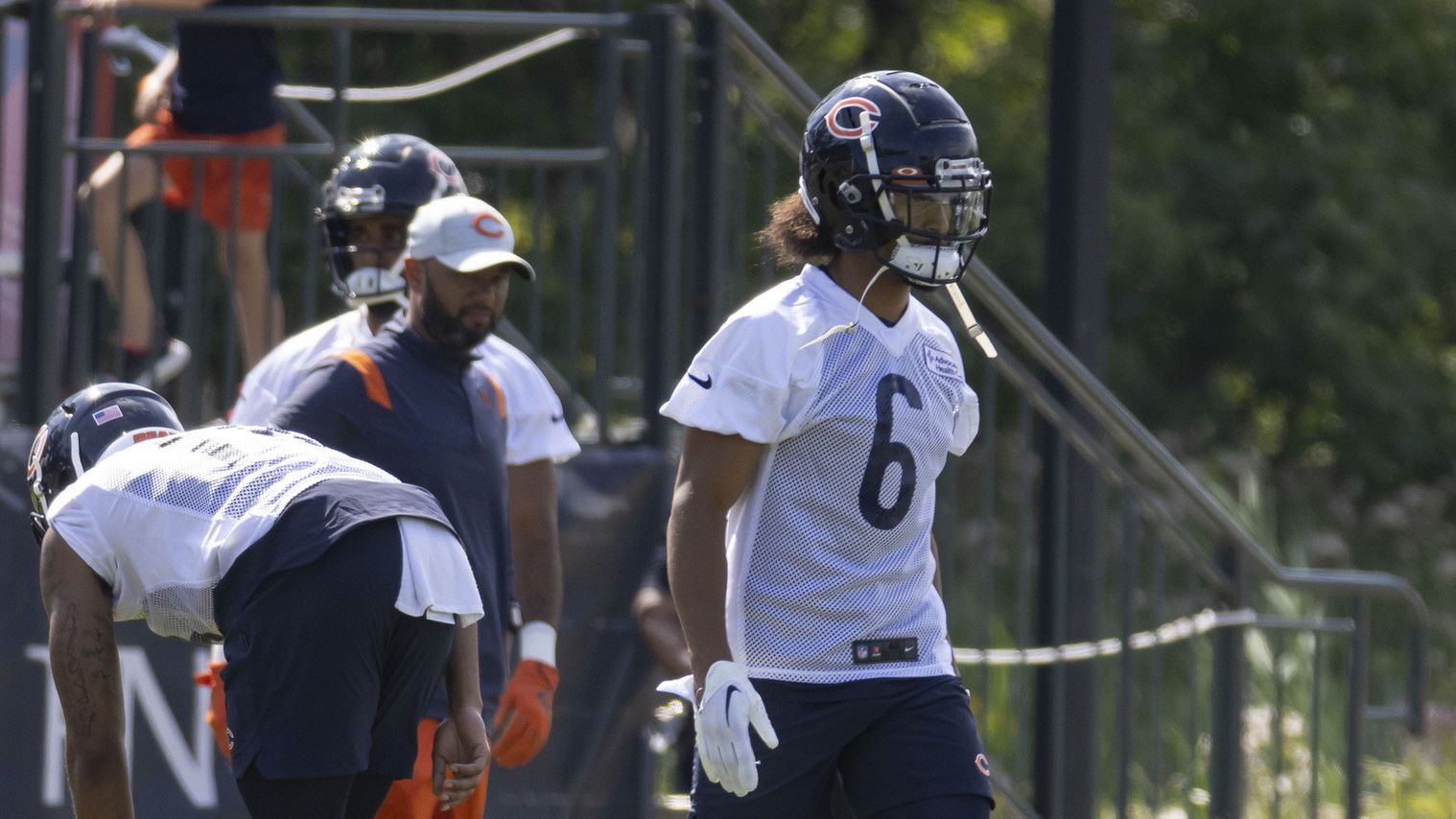 Due to persistent rain, the Chicago Bears closed Sunday’s training camp practice to the public and entered the Walter Payton Center for their on-field work.

It was the 10th practice of camp for the Bears, who will take Monday off before heading to Soldier Field for Tuesday’s Family Fest event.

Here are three things we learned at Halas Hall.

As much as the outside attention has focused on the constant struggles of the offense, the defense deserves a mention for its playmaking and unity through the first 10 practices.

Veteran safety Eddie Jackson expressed satisfaction last week with the tone that has been set by a defense that has responded to the demands of its coaching staff.

“You haven’t heard a single person complain,” Jackson said. “Not about a day, not about a period, not about how hot it is. We all still go.

“He set the standard and told us from day 1 what will be and what will not be,” Gipson said. “I think that as a defense we have followed and come down those paths. We still have things to improve, but no one pouts or turns their heads because the standard is the standard and we hold each other accountable.

“The energy is crazy. We all feed on each other. But when you hold the guys accountable, you also put more pressure on yourself. You have to live up to that. You have people who depend on you to do your job.”

Williams added: “When guys have good attitudes, the chemistry comes faster. That’s a big problem when you’re set as a defender.”

That has left Williams to fix his secondary’s problems and has opened the door for Jaylon Jones, an undrafted rookie from Ole Miss, to get additional opportunities.

[ [Don’t miss] Which WR will break out? Will Lucas Patrick be ready for Week 1? 5 questions about the Bears’ veteran newcomers. ]

Gordon also missed some time due to injury during the Bears’ spring practices, so his availability will need to be closely monitored.

Williams called it a “wait-and-see” situation to interpret how quickly the rookie can get up to speed when he returns, but expressed satisfaction with how Gordon has kept his attention to detail when he hasn’t been able to practice.

“He’s working on his craft in the morning,” Williams said. She is staying up late watching a tape. She comes with questions. That’s not a typical rookie. Those are veteran habits. I’m excited about that part.”

The Bears host the Kansas City Chiefs at noon Saturday at Soldier Field, and coach Matt Eberflus promised to play with their starters.